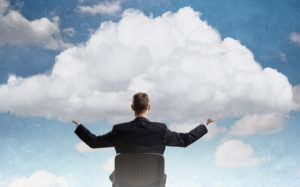 Rodrigue Zbinden, CEO of Morphean, examines what the shifting physical security landscape as a result of IoT and cloud computing means for the traditional fire and security industry.

The cloud is transforming business in every sector, offering benefits of scalability, customisation and device interoperability that were not attainable from traditional legacy systems. Cloud environments, delivering better security and functionality at lower cost, have become the ideal solution for the management of entire business operations, negating the need for the traditional on-premise services that have proven so costly for companies to manage and maintain.

The interconnectivity between cloud environments and IoT devices has opened up a whole world of possibility for the physical security sector too, but is not without risk. The convergence of physical and digital environments has piqued the interest of the modern IT manager, eager to add the physical security of people, premises and assets to their established remit of protecting software and systems. In effect, the optimal provision of these systems will increasingly require cooperation between the IT and physical security industries that are speaking the same language in order to successfully compete and remain relevant.

Physical security in the digital age

This is what Morphean found as a result of a recent, independent survey into the attitudes and behaviours of 1000 IT decision makers across the UK and Europe. We wanted to gain a better understanding of purchasing intent for evolving security provision in the 2020s. Our findings revealed that as many as 84% of IT managers are currently using or considering cloud-based video surveillance (VSaaS) or access control (ACaaS) systems, pointing to an appreciation of the convergence of physical and cyber security and a willingness to embrace these systems when integrated with IT in the cloud.

The resulting whitepaper ‘2019 Landscape Report: Hosted Security adoption in Europe’, clearly shows better security, cost benefits and better functionality to be the most influential factors and the most commonly realised benefits of hosted security solutions. It is apparent that physical security in the cloud has much to offer IT teams and it appears to be the IT manager who is now increasingly responsible for physical security purchasing decisions, a relationship historically managed by the fire and security professional.

Survey results revealed that safer / better security ranked among the main benefits of cloud, a sign that initial security fears around the use of cloud technologies appear to be waning, with a 63% increase compared with the results of a similar survey in the previous year. When we consider that half of IT managers reported data security as a priority for improvement in the next 12 months, and that cost effectiveness and greater flexibility are also given as major benefits of cloud by 47% of respondents, we expect to see a greater proportion of the circa 31-33% (2018-2019) of IT budget being spent on cloud services in the 2020s.

Further responses revealed that of the 36% of IT managers who were considering VSaaS and ACaaS, 79% anticipated introducing these services within the next 12 months (31% within 6 months and 48% within 7-12 months). Nearly 8 in 10 said that integration with existing platforms, or emerging technologies, such as AI, would also accelerate adoption. With IT managers increasingly responsible for physical security provision, it is essential that physical security vendors are adapting to the shifting technology landscape to deliver a streamlined and efficient service that successfully addresses today’s security challenges.

Of note to the physical security industry will be the revelation that 77% of IT managers reported that physical security was not optimised within their organisations, with as many as 20% identifying it as a priority in the coming year. There is a clear demand and appetite for physical security, but the danger is that if physical security providers cannot demonstrate their expertise in relation to cloud systems and technologies, they risk being bypassed in favour of the IT solution providers that IT managers will already be in contact with.

Yet there is potential for collaboration. The joining of physical security vendors who already have proven expertise and an established customer base, together with the IT solution providers who are well-versed in network infrastructure, could result in a compelling offering; a complete solution protecting both physical boundaries and the cybersecurity of systems. But the traditional physical security industry might need to review its approach to the cloud and make video surveillance and access control as-a-service a key part of its offering to remain relevant in a rapidly evolving market.