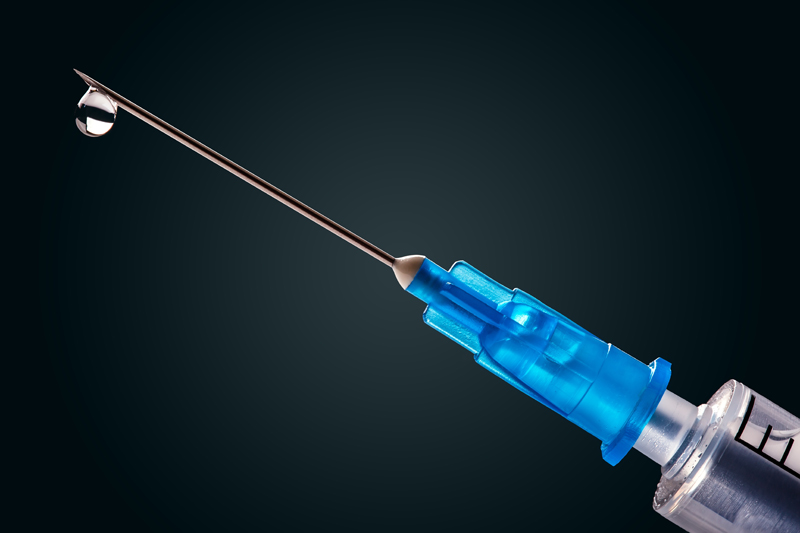 Hypodermic needles pose a serious and realistic threat to domestic frontline professionals, such as private security, police, prison or civil enforcement officers and paramedics. Robert Kaiser, CEO/Founder of PPSS Group looks at the risk and the methods of protection

Facing someone carrying any type of edged weapon can be classed as facing a ‘real problem’, but many of us will know someone who has been stabbed but who also has survived such assault. Unless you face someone who really know what he is doing, there is a realistic chance of surviving such type of assault.

However, being attacked by random person, someone ‘unskilled’ waving a hypodermic needle at you and sticking it at anywhere into your body if of equal or even greater danger. This can indeed mean you are coming in contact with blood-borne pathogens such as HIV and Hepatitis C and this can potentially and subsequent result in you looking at the end of your life expectancy. In my personal and professional opinion this issue presents a realistic risk in today’s society.

There are many recorded incidents of HIV positive prisoners and criminals using a hypodermic needle as weapon, but the one which jumps into my mind right away is the one which occurred on when UK Police Officer Gemma Newman was stabbed with a hypodermic needle in her arm, by Police shoplifter Grzegorz Pajak who was claiming that he was indeed ‘HIV Positive’. She has since considered leaving front line policing due to ‘deep psychological distress’ a court heard. I am unsure about the outcome of this case.

Other reported incidents include:

I guess that the arresting officers would be quite keen to understand their standard issued body armour is protecting them from such weapon.

Despite the opinion of many other experts, there are needle resistance standards out there, which might not be designed to test body armour against, but nevertheless can give professionals a very clear indication what level of needle protection a piece of personal protective equipment (PPE) offers.

ASTM (The American Society for Testing and Materials) has recently developed a new international standard, the ASTM F2878. This is a ‘Test Method for Protective Clothing Material Resistance to Hypodermic Needle Puncture’.

Please note that of course no single standard can replicate the real-life conditions in which a needle puncture takes place but testing to such standard must be seen as a good thing and will certainly eliminate some concerns a potential body armour wearer might have.

The EN 388:2016 (Protective gloves against mechanical risks) is another available test. This is a test developed to verify the needle puncture resistance of gloves and has not been designed to test body armour, but again… it will indicate that a specific product or material has been tested against a recognised standard and that it has passed such test.

If I personally would have to wear any type of body armour, then I would of course prefer to know that an independent government authorised agency had a look at it and states that it is offering such level of spike protection.