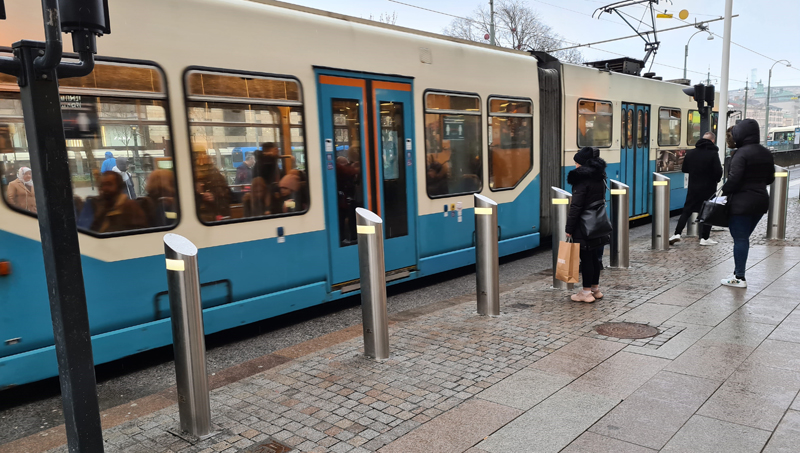 More than 100 bollards from Coventry-based Safetyflex Barriers have been installed around a shopping parade in Stockholm, Sweden, to protect members of the public from the threat of vehicle attacks. The LED lighting bollards are part of its crash-rated hostile vehicle mitigation (HVM) street furniture range.

Marcus Gerrard, director at Safetyflex, said: “With the threat of vehicle attacks ever-present, more and more major cities are now opting for Safetyflex Slimline products. Whereas traditional steel tube bollards can be over-imposing and require deep foundations that can disrupt utilities, our range provides a slimline, cost-effective solution.

“The project in Stockholm provides a robust defence for shoppers, utilising military-grade material which has been tested to stop either a car or a truck travelling at up to 50mph.”

The bollards include LED lights to illuminate the street at night, meaning it does not compromise on public safety or aesthetics and the scheme is the latest in a range of projects Safetyflex has secured in partnership with Swedish distributor, Perimeter Protection Sweden.