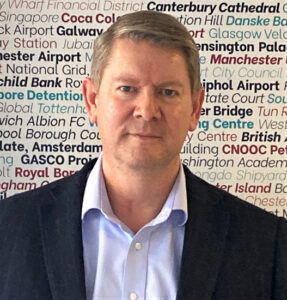 ATG Access (part of the HS Security group of Hill & Smith Holdings) has announced the appointment of a new interim managing director following the departure of Gavin Hepburn.

Richard Ellis joins ATG Access with more than 30 years’ experience in the construction industry, having previously held senior positions including UK Operational Director for Interserve, Operations Director at Midas Group, and most recently, interim managing director at Berry Systems, another Hill and Smith Company within the HS Security portfolio.

Starting as a bricklayer at 16, Richard went on to study Construction Management at university. In recent years, Richard has been awarded the Chartered Institute of Building (CIOB) Construction Manager of the Year Gold Award in 2006 before going on to become a CIOB fellow in 2010.

In his new role as interim managing director at ATG Access as an extension of his consultancy business, Richard is ideally placed to support the business as it transitions to a new permanent managing director and will be instrumental in driving forward ATG Access under Hill & Smith’s ownership.

Andrew Beaney, Group President (Roads and Security) for Hill & Smith Holdings, commented: “Richard’s extensive knowledge and experience will ensure that the people at the heart of ATG are supported through the transition period, while also providing an invaluable outsider’s perspective that can help to shine a spotlight on areas for growth or improvement.”

Richard Ellis added: “I am looking forward to making sure the business is in the best possible shape for a new permanent managing director, and to make the transition as positive as possible for everyone involved.”