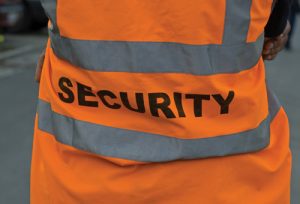 PROMOTION: Titan Security Europe is a European security guard provider having expanded across Europe with offices and staff. Pavel Kowalczyk considers how COVID-19 has changed its market across the region

The most recent change in the guarding market, as with many other markets, has come as a result of the COVID-19 crisis and the measures taken by individual European countries affecting all service sectors. In the UK for example, Titan has seen a surge in requests for mobile patrols from customers who would not usually require such services but now find their premises unprotected.

Whilst industry across Europe has certainly suffered from the complete drop-off of all events, staff have been redeployed into other sectors such as retail guarding and mobile security guarding. In other areas such as Sweden, Titan’s global businesses clients have closed their operations whereas the smaller Swedish customers are very much taking it in their stride. At the time of writing, the country has refused the “lockdown” measures taken elsewhere and sees a different approach to tackling the virus.

A proactive approach to security

Titan is still very much working hard albeit with caveat of social distancing still in mind. The company has been proactive to communicate with staff on the procedures that the UK government has taken and has implemented many of the required steps to protect staff both in their offices and at their respective places of work.

For Titan, the picture working in other countries was stricter far earlier in the crisis with Berlin and Brussels making different decisions to the UK. With clients going into self-isolation, Titan staff often attend to busy foot flow offices and concierge where the focus is on the interaction and service situations which occur as offices are often working in isolation at these venues.

Due to the nature of Titan’s European customers, their businesses have increased guarding because the risk of theft has arguably increased. Certainly in areas of Italy while the local population has remained compliant, chinks in self-isolation and the mental well-being of those individuals are being tested to their limits. In one province in Italy alone Titan has seen its clients double their requirement, a situation that is expected to continue for the following weeks at the minimum.

For many companies an upturn in work will bring its own issues not only due to protection measures and lone worker policies but also from recruitment. The question still remains what the future will be for manned guarding after the period of self-isolation and how those markets which are slumping and retail drop-offs in basket spend will be affected.  With areas in Europe such as Croatia and Greece already struggling with staffing and local spending prior to current events, it remains to be seen whether the European economy will bounce back in a way that doesn’t shrink some industries.