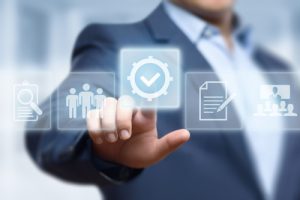 Businesses are at risk of falling behind if they fail to see the advantages of good governance, and the benefits it can bring according to Brendan McGarrity, Head of Risk & Design at Evolution. He argues that ‘box ticking’ to meet a legal, regulatory or compliance obligation should not be the strategy to adopt and implement.

“I’m sure we’ve all been guilty of ‘ticking a box’ either because we don’t understand or believe in something but need to get it off our desk,” he said. “I am sure, also, that there are some of those with a security remit who do much the same when it comes to governance in relation to risk. But there are clear advantages and true benefits to be realised from good governance.”

Brendan quotes, as an example, a Quality Manual: “To some, it is a manual that once completed can sit on a dusty shelf or lost in a drawer, never to see daylight again unless and until a quality inspection is due. Then there are others who see it differently, as a proactive tool to make continual improvements to a business and its operations.”

Brendan notes certain sectors, such as the pharmaceutical or high-tech electronics industries, embrace quality readily, and realise the benefits such an approach can bring, but others are less willing until an event that obliges them to see and think differently.

He also pinpoints the Surveillance Camera Commissioner (SCC) as an interesting case and highlights the example of a major retailer who sought SCC accreditation, not because they had to, but because they realised the benefits to be had:

“The business was not obliged to have SCC accreditation; it did not need to tick a box. It did so to demonstrate leadership and strategic influence across the sector. The senior stakeholders were engaged and found to be suitably impressed, and their brand and reputation enhanced among stakeholders and customers alike. They also realised the commercial and operational benefits that SCC compliance could bring, benefits that far outweighed the costs not least an increase in public confidence in the way the systems were operated and managed.

“Though such compliance was not essential to their business, neither was it required to meet any regulatory obligations, they saw it as a business enabler, and one that gives them competitive advantage.”

That, Brendan says, is the key point: “Good governance should be a differentiator,” he concludes. “High-end integrators see it as an opportunity to put distance between themselves and the volume-based installers who are perhaps not as focused on building long-term relationships. But it only becomes a differentiator, if the true benefits are properly understood and realised.”