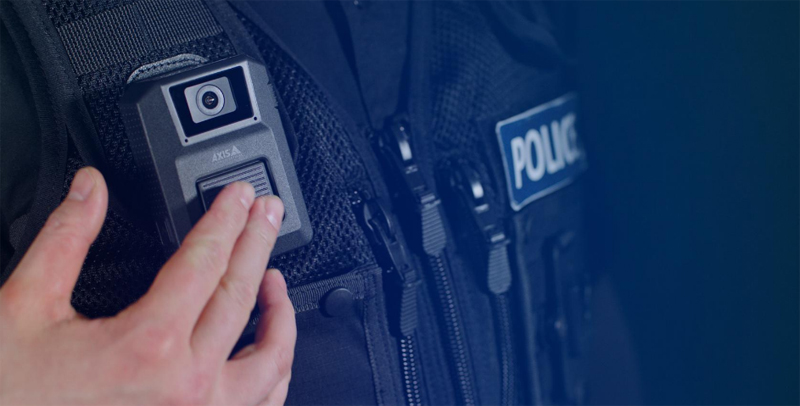 Here, Daren Lang of Axis Communications, examines the role of body-worn cameras and their potential for enhancing safety and security beyond law enforcement while improving citizens’ way of life.

For any city, reducing crime will be a primary objective. In 2019-2020 the overall number of criminal offences in the UK reached approximately 6.43 million, an increase of 130 thousand offences when compared with the previous year. As the global population rises and the number of people living in the larger metropolises continues to grow, so safety and security will remain high on the agenda.

Surveillance cameras on our streets and other interconnected IP devices are already playing a major role in ensuring the highest levels of security and are certain to have an increasingly significant presence. Body-worn cameras offer all the benefits of modern IP camera technology within a wearable solution. While high-quality surveillance on the move has obvious applications within law enforcement and private security companies, it is increasingly being deployed for a wider array of applications, wherever the management of people and protection of property or assets requires a fluid, flexible solution that necessitates high-quality coverage of any incident at its point of origin.

Evidence on the move
Body-worn cameras have potential for use within a wide range of industries and sectors. Examples include public transport operatives and ticket inspectors, emergency services personnel, healthcare professionals, utility workers and other areas where operatives can become targets of aggression and abuse, or where the nature of their work means that they are at risk of injury. In addition, the technology has benefits from both an operational and health & safety perspective. Consider a busy construction site in which body-worn solutions can not only provide documented evidence of work being carried out, or of safety protocols being followed, but can also capture vital video of any accident or incident, particularly beneficial in areas of high risk.

Body-worn cameras can also be used in combination with mounted surveillance cameras, with the benefit of being able to eliminate blind spots in the field of view and to provide up-close video evidence. At a busy sports or music event, management may want to utilise a combination of access control devices, IP audio speakers and network video cameras, together with personnel who are deployed around the event wearing body cameras. Crucially, body-worn cameras can document the behaviours and actions of camera operatives too, providing assurance of appropriate conduct within official guidelines to reduce the chances of the actions of operatives being called into question.

Positive impact on behaviour
The presence of body-worn cameras can have a positive effect on deterring antisocial behaviour. At the same time, body-worn technology can offer an additional layer of protection and comfort to those working in an environment where they feel vulnerable. While there are understandably concerns around privacy, processes such as face redaction and masking are used to remove or obscure the identity of bystanders before footage of an incident is used for legal proceedings. Additionally, the users of body-worn cameras will establish clear policies regarding where and when they can film, for example, only within defined areas, at any time within private premises, or only when an incident occurs in public.

From a user perspective, body-worn cameras increase confidence through the technology’s ability to capture high-quality, reliable video which is admissible as evidence if the wearer is approached or challenged. Body-worn cameras can be extremely useful in other areas, such as for situational training and evaluation. They can be highly beneficial in educating operatives about the management of incidents by providing real-life evidence, illustrating exactly how a particular situation was managed and greatly enhancing the theoretical learning taught in the classroom. Their compact size and simple operation make them ideal for passing around in such a setting, which encourages hands-on learning and allows simple demonstration of their benefits.

A robust and dynamic solution

Body-worn cameras can form part of a unified solution in which device interaction, rather than integration, means that a range of IP devices can behave as one overarching solution. When such devices are built on open platforms, they bring additional flexibility, scalability and the option to incorporate other security technologies to further enhance the solution. Integration with an existing video management system (VMS) allows the outputs from each camera to be managed through a central monitoring station. In addition, evidence management systems (EMS) can be used to collect and share digital evidence.

From a security perspective, wearable cameras designed for the consumer market are sometimes found being used for professional purposes which can present cybersecurity risks due to their limited functionality and lack of robustness. The transfer of materials to and from such devices can be problematic. If video footage is required as evidence following an incident, it is imperative that the solution is resistant to tampering, manipulation or data theft, and that video can be retrieved quickly and securely.

At Axis, we’re using our experience in network video to shape the body-worn camera market, with the aim of making a positive impact across a wide spectrum of industries. When day-to-day living feels safer, the city environment becomes much more attractive for those considering the overall benefits of life there. Ultimately, this technology can greatly improve the lives of citizens and workforces in our urban environments, resulting in a smarter, safer world.