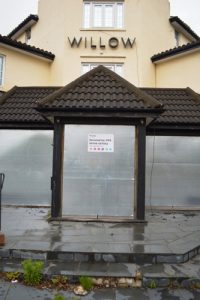 The coronavirus crisis has not only created a landscape of temporarily vacated commercial properties, but has also hastened the tidal-wave of insolvencies and businesses that had been on the verge of going into administration due to the impact of changing consumer habits.

In the past few weeks well-known names have gone into administration including retailers Debenhams, Kath Kidston, Laura Ashley, Bon Marche and Oddbins and restaurant chains Carluccio’s, The Restaurant Group (including Chiquito) and Martin Hix’s group.

“The hospitality and retail sectors have been particularly badly hit” says David Wormald, key accounts manager for VPS’ Hospitality and Retail sector. “They’ve taken a triple whammy from the impact of the internet, increased competition from supermarkets, and now, crucially, at the worst possible moment, the pandemic.”

But what happens behind the scenes when a company calls in the administrators? Under the Insolvency Act, 1986, an administrator has specific duties and responsibilities to creditors, and in the first instance will take control of a troubled company with a view to business rescue. They have a duty to act in the best interests of creditors as a whole, and will attempt to realise the highest returns for all groups if rescue is not possible. If this also fails, they must attempt to achieve a better result for creditors than if the company had been liquidated.

“We may get a call from an insolvency practitioner who says they have 300 stores across the UK that need securing, or that have goods or valuables inside that need to be removed.” Mr Wormald explains. “And of course they want it, need it, done yesterday. Some while back we had a parcel courier company that unbelievably went bust literally on Christmas Eve. They still had 30,000 Christmas parcels stuck in their depots, and on December 30th we were asked to secure all 51 of them, stretching from Aberdeen to Southampton, simultaneously.”

David Wormald concluded: “When a company goes out of business, people lose their jobs, and that impacts on their families badly. If they haven’t had notice of the closure, we often see their family photos still left on their desks or stuck on the walls, and it really brings home the message that behind every business collapse there are hundreds of personal stories. I would class these types of jobs as ‘not pleasant but necessary’. Anything that can help salvage the business, whether for staff, customers or suppliers, must be done.”