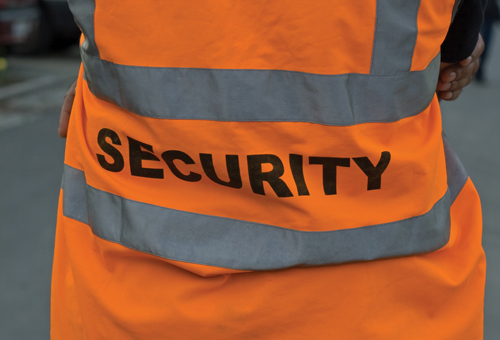 Buyers who are serious about protecting the public and rooting out rogue elements in their security provision, at a time when events are restarting in earnest after over a year of lockdowns, should ask their security companies to evidence their approval to the Code of Practice for the ‘Provision of Labour in the Security and Events Sectors’.

Mindful to maximise the benefit industry-wide and in the interest of all security providers and event organisers – and the public attending those events -– Certification Bodies operating in this sector and appointed by the SIA have come together to offer a Labour Provision scope of approval to their approved companies, protecting the public from rogue security workers, and security workers from risk of exploitation.

NSI, ACM-CCAS and SSAIB share the view that the widest adoption of this Code of Practice for labour provision will best serve the public to good effect in deterring rogue labour deployment.

Anyone involved in the delivery of security services, particularly in the events sector, will know the industry is immensely flexible in managing licensed security officer resources to accommodate its clients.

It does this through two key proven methods a) Subcontracting and b) Labour Provision.

The fundamental distinction between the two is often misunderstood or not even recognised by buyers. The second – Labour Provision – falls outside the scope of ACS (Approved Contractor Scheme), even for ACS approved companies – and therein lies the loophole and the risk. A risk particularly in the events sector where their security may unwittingly be being compromised by the deployment of untrained, underpaid, unlicensed, non-security screened or worse – terrorism-motivated individuals.

The risk is compounded by less scrupulous operators undercutting the professional industry in labour provision at rates that strongly suggest immoral and, in some case, illegal employment practices. Social media posts evidencing this are not hard to find.

The over 800 security companies who maintain ACS approval granted by the Security Industry Authority are mindful that ACS signals to buyers a degree of professionalism and competence they rely on. Yet as with all approval schemes the devil is in the detail, and in the case of ACS whilst robust in its assessment process, its reach is limited to Contractors themselves, and not their labour providers. Therein lies the ‘loophole’.

Identifying this as a growing concern over the last few years, and one which many in the sector recognise, NSI developed a Code of Practice which has enabled approved companies to specify approval to the Code as a requirement within their labour supply chain.   NSI has also proposed the Code be adopted by BSI in a new industry standard.

In addition to NSI, the Code of Practice is now being adopted and offered by ACM-CCAS and SSAIB which will result in a wider reach of labour providers being required to hold approval.

Now, any company operating as a labour provider can apply for approval to this scope and will be audited annually against the requirements which include such checks as: PAYE being operated for all staff, National Minimum or Living Wages is being paid, holiday pay and pension being provided, Identity and Right to Work checks, screening to BS 7858 and ongoing SIA licensing checks.

The three assessing bodies will be requiring all approved companies to use only labour providers approved to the Code of Practice or actively audit them to the requirements of the Code – and evidence it – as part of their own ongoing approval.