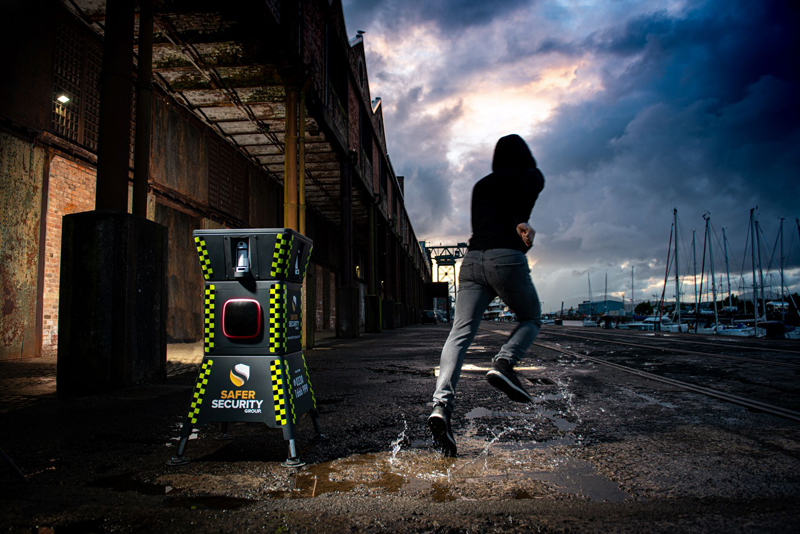 Safer Security Group has officially launched the Safer Pod S1, which has already been taken up by various tier 1 contractors. Equipped with visual verification capabilities, the unit also has anti-masking sensors that instantly detect attempts to mask the detector and raise the alarm. Smart tilt and impact sensors immediately alert if a pod is moved or tampered with.

Ryan Clark, founder and CEO of Safer Security Group, said: “Wireless battery powered security systems, commonly known as “Daleks”, are not a new concept. The Safer Pod S1 represents the next generation of this concept.

“We have been flooded with enquiries for the Safer Pod S1 from the UK and abroad since we unveiled our prototype at an event towards the end of 2021 and have since carried out a number of successful trials across the UK. With our production capacity fully secured we are now ready to launch formally.”

With the Safer Pod S1 a 30 metre, 360-degree intruder detection zone is continuously scanned for threats. Equipped with live spectrum analysis, the device distinguishes real threats from interference such as wildlife. High-intensity sounders with flashing strobe provide a 120db alarm siren upon detection of an intruder.

Allowing increased client control, the Safer Pod S1 can be managed via an app allowing the client to arm, disarm and view activity. Up to 200 additional sensors can be equipped, detecting for dangers such as smoke, water and carbon dioxide.