“Having had the opportunity to pilot NICE Investigate in the four forces, we could see the system in action and realise the benefits for our investigations and investigators. 92% of our officers said it would make their investigation more effective,” said a spokesperson from SERIP. “NICE Investigate will be transformational for us, not only in terms of time savings but also through improved policing outcomes that will ultimately reduce threats, harm and risk to our communities.”

Running on Microsoft Azure cloud, NICE Investigate is a solution for automating manual processes around the collection, management, analysis and sharing of digital evidence. NICE Investigate will seamlessly integrate with the four forces’ records management, body-worn video and interview recording systems so investigators can automatically correlate and gather evidence through a single login.

NICE Investigate will also make it much easier for SERIP forces to collect CCTV video for cases. Investigators can instantly pull up a list of cameras within an incident radius and send off a request to registered businesses located within that geographic area. Any uploaded video is automatically transcoded to a useable format and securely stored in the Microsoft Azure cloud. 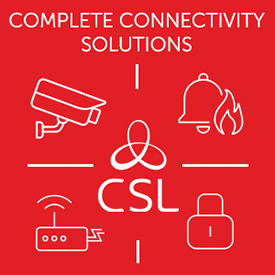 All rights reserved. No part of this website may be reproduced or transmitted in any form or by any means, electronic or mechanical, including photocopy, recording, or any information storage and retrieval system, without permission in writing from the publisher. Content on this website, including materials available for download, are supplied solely for the private use of visitors to this site, and must not be redistributed by third party sites, or as part of any marketing or promotional material, without permission in writing from the publisher.While every care has been taken to ensure accuracy in the preparation of material included in Risk Xtra (both the hardcopy publications and this website), the publishers cannot be held responsible for the accuracy of the information contained herein, or any consequence arising from it.