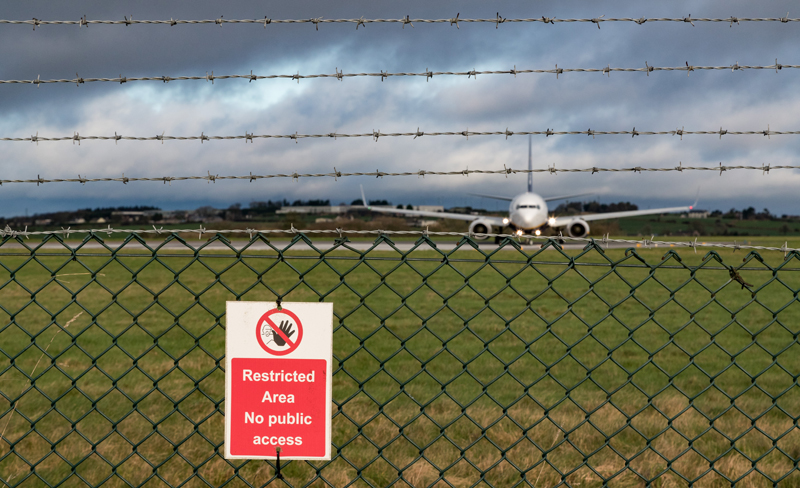 Axis’ Ian Littell looks at the importance of maintaining perimeter integrity and considers the technology innovations that are bringing great success in threat detection and mitigation.

If a business has a perimeter, the chances are that maintaining its integrity will be vital. Whether transport hubs spanning rail or aviation, CNI sites such as energy plants or logistics centres that keep the nation fed, the perimeter serves to keep people, premises and assets safe and establishes a clear boundary beyond which the unauthorised should not venture.

Given the growing prevalence of the ‘pop-up protest’ masterminded by social media activists, now may be a good time for businesses to review the security of their perimeters. Consideration should be given to how innovations in technology can better complement traditional measures such as fences and bollards to provide an early detection and warning system that gives a more accurate indicator of the nature of the evolving incident and its precise location(s).

The increasing digitisation of physical security systems coupled with the rapid growth of the IoT has resulted in an array of devices and sensors, such as surveillance cameras, access control mechanisms and digital audio speakers, being connected to an IT network and capable of receiving, analysing and distributing data. Such smart and responsive technologies offer a powerful solution to address security requirements at the perimeter, delivering timely incident management and response.

The combination of video surveillance cameras and motion detection software available to today’s businesses has expanded the range and capabilities of perimeter protection solutions from simple detection to complex intrusion analysis. Utilising the power of Artificial Intelligence (AI), modern camera technology, already capable of distinguishing between a vehicle and a person approaching a site, is advancing at pace. Based on new and improved algorithms that draw on a wealth of surveillance data, it’s possible to determine a vehicle’s category or type, or a person’s gender, age profile and hair colour, which all serve to improve accuracy of identification.

Combining visual data from cameras with other sources, such as thermal imaging, can further improve detection capabilities. Thermal cameras, thanks to the power of the optics inside, offer the ability to pinpoint activity over considerable distances. Consider an airport with fencing at the perimeter that is several hundred metres in length. A thermal camera can detect someone attempting to access the site, automatically triggering PTZ (pan, tilt, zoom) surveillance cameras to target the precise location based on geo-coordinates. The addition of integrated IP audio horn speakers allows pre-recorded warnings to be issued to deter any would-be intruder, or real-time voice alerts which can be communicated from a central location.

Advances in surveillance image quality, the use of AI and deep learning capabilities demand an increase in processing power. This is where on-board analytics and edge-based processing comes in. Today’s smart camera technology can analyse and process video data within the cameras themselves without the need to upload or download across networks to a central server. In addition to improvements in speed and power consumption, moving away from a centralised server removes the risk associated with having a single point of failure, instead letting edge devices make local decisions from device to device. 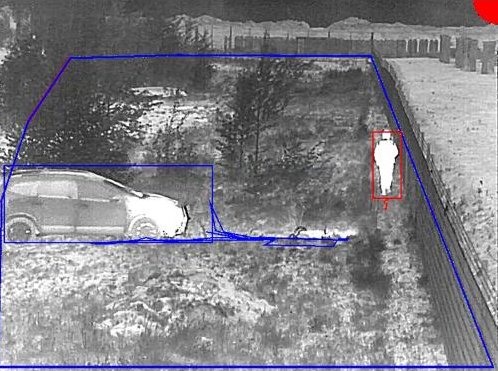 For the managers and security personnel who will now be looking to implement such technology to mitigate threat, there are no limits to the number of actions that can be automated from a single event. This might include a surveillance camera triggering an alarm or pre-recorded audio alert, or live video being sent to a team as they head out to investigate an incident.

And, where the occurrence of multiple false alarms can often result in operational headaches or overstretched, apathetic staff ignoring a genuine threat, now significantly improved images provide remote operators with the ability to accurately assess a situation before despatching a ground team. Having confidence as to the authenticity of an alert can protect the integrity of a business’s unique reference number (URN), without which, seeking police assistance and insurance in the future might prove difficult.

In addition, access control systems which use video surveillance as a second factor of authentication, can become a powerful tool for effectively guarding entrance and exit points. Frictionless access control technologies offer a streamlined and secure admission process whereby a QR code presented using a mobile phone and backed by positive identification using network video, leads to admittance. While automated access control improves site protection, it can also improve the visitor experience. For example, following a positive ID, a welcome message can be delivered by network speakers while an automated email or call is put through to the person who will be receiving the guest.

Scalable and future proof, modern advancements in security and surveillance technology mean that vastly improved detection and deterrent capabilities are now available for a wide range of industries and businesses. Embracing these solutions and taking full advantage of the wealth of features that they offer to mitigate threat, and also to improve visitor experience, will ultimately lead to the creation of a smarter, safer perimeter as a result.