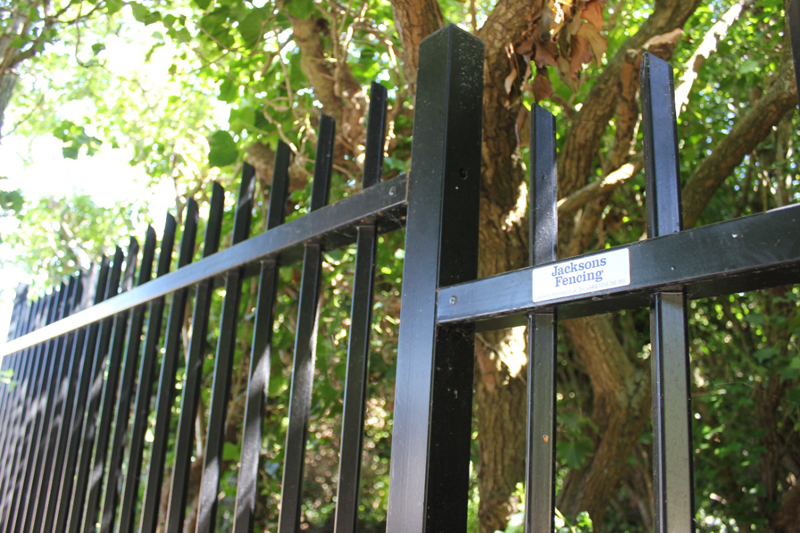 Bishopstone Cliffs is a 167-acre nature reserve in Reculver on the eastern outskirts of Herne Bay, Kent. As a natural site largely composed of London Clay, it has seen a few landslips that destroyed footpaths and tore fencing apart as the earth fell. Since 1953, the land has had a history of instability, and a lot of work has been done since then to improve the cliff and build sea defences.

The area, which is managed by Canterbury City Council and is a Site of Special Scientific Interest (SSSI), required a fencing solution to keep visitors and vehicles out while allowing wildlife and plants to thrive. Since the council places a high priority on safety, fencing encourages people to stay on the paths and remain safe from any falling earth.

To create a safe, secure, and long-lasting boundary fencing solution, more than 300m of Jacksons’ Barbican vertical bar fencing was installed around the area. With welded pale-through-rail construction, there are no bolts or pales that can be removed in order to allow access. The fencing’s tubular pales, unlike mesh, offer greater protection against cutting and vandalism while still maintaining the same level of visibility through to the woodland to preserve views. A robust, anti-vandal fencing solution is provided by connecting panels to posts with hidden connectors.

Vertical bar fencing allows wildlife to freely move between pales, unlike mesh. For animals like hedgehogs, whose survival depends on their ability to move about in search of food and mates, this is crucial.

Installing this form of fencing with a 25-year guarantee satisfies the plan’s sustainability standards by reducing the amount of outdated fencing that ends up in landfills. Additionally, it offers a low-maintenance solution that is perfect for natural environments to prevent disturbances to the ground, plants, and wildlife during repairs and replacements, which are more common with low-quality fencing.

Peter Jackson, Jacksons Fencing Managing Director, comments: “We were pleased to be involved in this crucial project. Working on projects where we know our products will improve the local area, ensure it is safe and secure for all those to enjoy, whilst also improving the natural environment and upholding sustainability credentials, is hugely rewarding.”