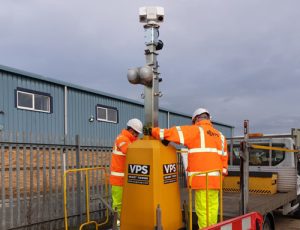 Police forces across the UK are currently carrying out extra night patrols in empty city and town centres in case burglars target shops, pubs and other commercial premises during the coronavirus lockdown.

Collating intelligence data from police reports, news items, and their own customer feedback, VPS UK has seen a sudden rise in burglaries and attempted thefts in Manchester, Merseyside, Gwent and Cleveland.

“It’s no surprise that when whole city centres are deserted, that opportunistic thieves will take their chances, especially with an already stretched police service,” says David Wormald, Key Account Director for Hospitality & Retail at VPS. “And because so many people are staying at home now, there are even fewer chances that an attempted burglary on a commercial site will be spotted and reported. Vulnerable premises like construction sites, which contain valuable plant and equipment, are now standing empty for a few weeks, so they need to be kept secure.

“No two sites are ever the same, and when the March UK crime statistics are published soon, it would be worth checking to see if one area has witnessed a greater rise in criminal activity on commercial premises than another. That would be one indication of greater vulnerability for shops and pubs, for example, and may highlight where additional security measures might be needed,” concludes David Wormald.