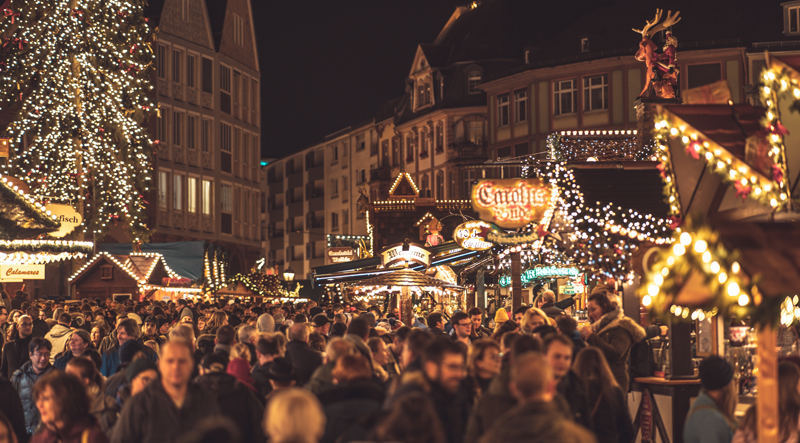 It was recently revealed that the number of active counter-terrorism investigations is currently at a record level. In response, Metropolitan Police Commissioner Cressida Dick has warned Londoners to be alert to the potential threat of a pre-Christmas extremist attack. However, the explosion of a car outside Liverpool Women’s Hospital and the tragic death of Sir David Amess in Essex have served as a chilling reminder of the continuing terrorist threat across the whole country, with the terrorism threat level once again raised to severe.

With this in mind, Iain Moran, director at ATG Access is calling for heightened security measures at public events over the Christmas period, to ensure the safety of those in attendance:

“While it’s important not to create unnecessary panic, a coordinated effort is our best defence against any kind of terror threat. It’s therefore good to see that the Metropolitan police are encouraging the public to remain alert to any suspicious behaviour over the festive period.

“However, with Christmas festivities finally returning following the lifting of Covid restrictions, cities and towns around the UK will be welcoming record numbers of revellers in the following weeks.

“As a result, one area that remains a concern is the lack of sophisticated security at our Christmas markets. Attracting thousands of visitors each year, markets across Europe have previously been targets for terror activity, in particular vehicle-as-a-weapon attacks, such as the devastating attack in Berlin in December 2016, in which 12 people were killed and 49 injured.

“Although security has been bolstered in the years since, many local authorities in the UK are still choosing to protect the perimeter of their markets with very basic and untested technology.

“Many of these designs severely restrict the flow of pedestrians, which can cause crowding on both sides of the barriers. Not only does this leave those queuing outside vulnerable to attack, but it has been shown that some of these blocks slide on impact, which would create a crushing effect for those on the inside too.

“Instead, councils should consider implementing purpose-built security systems, such as temporary surface-mounted systems, which have been specifically designed to prevent vehicle attacks, yet avoid the fortress mentality and encourage safe pedestrian permeability.

“Hostile vehicle attacks are on the rise, and by their nature can be incredibly difficult to predict. As a result, it’s crucial that organisers think carefully about their choice of security, putting the public’s safety above any other factor in the decision-making process.”