Concerns for the standard of fire safety in schools 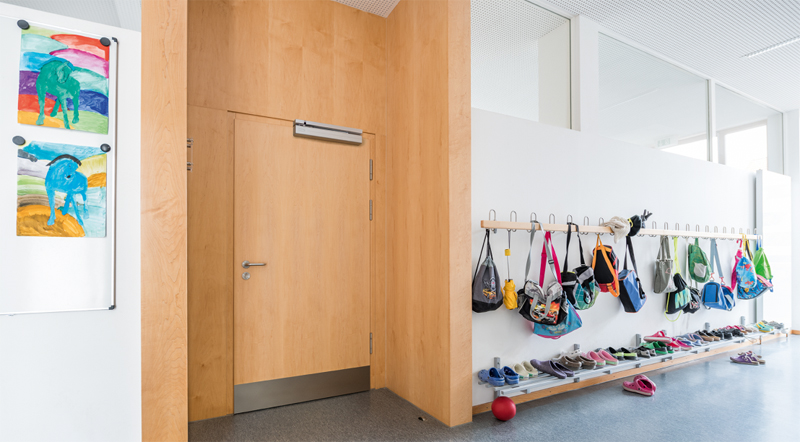 Door Group, a unit of Assa Abloy Opening Solutions UK & Ireland, is stressing the need for greater awareness of fire safety in education buildings, with a large percentage of fire doors in schools found to be non-compliant while undergoing inspections.

The Regulatory Reform (Fire Safety) Order 2005 requires schools to undertake risk assessments to identify the general fire precautions needed to safeguard the safety of occupants in case of fire, including their safe means of escape.

Despite this, recent research showed that schools have been hit by 2,300 fires in the last five years, destroying 47 primary and secondary school buildings alone.

Fire doors are one of the most important safety features in a building, and regular product specifications or dedicated fire door inspections are essential to fully ensure health and safety measures are met.

These doors are subject to extremely high levels of traffic, and subsequently a higher level of misuse and abuse, which can then lead to functional problems resulting in non-compliance.

Brian Sofley, Managing Director of Assa Abloy Door Group, explains: “Whilst statutory inspections are being completed for the entire building, the necessary attention to fire door compliance is being overlooked.

“Our team of BRE qualified engineers has found a large percentage of fire doors to be non-compliant when completing a dedicated fire door inspection in schools over the past 3-4 years. For example, in one school, 163 of the 164 fire doors we inspected were not fire compliant.”

The economic and social impact of school fires on staff, pupils, and the local community can be significant, causing financial hardship, emotional trauma, and a delay in learning.

A study found that 17 per cent of schools who had experienced a fire said that it had led to a drop in staff morale, six per cent to a drop in morale amongst pupils and seven per cent said that their fire had led to negative publicity about their school.

“With regular and thorough inspections, we can ensure the compliance and performance of fire doorsets in an effort to improve overall fire safety in the educational environment, while minimising the risk that learning could be negatively impacted by a fire,” says Brian.