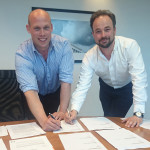 Two of the biggest names in high security fencing and prison-based security solutions have announced that they’re joining forces. Binns Fencing has just sold a majority stake in the business to Zaun, supplier to Binns of the bespoke fencing to be installed for the new £250 million ‘super prison’ currently being built at Wrexham and due to open in 2017.

The specific terms of the deal will see Adam Binns – the grandson of company founder John Binns – remain as Binns Fencing’s managing director and retain his 27% shareholding in the company. Zaun has bought the remaining 73% from Adam’s brother, aunt and father Julian.

Commenting on the news, Binns told Risk UK: “I’ve been looking for a new business partner across a couple of years now and, on that basis, have held talks with other fencing manufacturers. For me, Zaun was the best match. Through time, we’ve worked alongside each other on a number of prison contracts as well as other high security jobs so this joining of expertise and capabilities was the natural next step. Our clients want us to take full responsibility for fencing, from the design stage right through manufacture and on to installation. Being part of the Zaun Group will allow Binns Fencing to maintain that control right through every project.”

Zaun’s co-founder and director Alastair Henman added: “With more and more clients asking for integration of both physical and electronic security solutions, this acquisition alongside our purchase last year of EyeLynx massively enhances the range of systems we as a group can now integrate.” 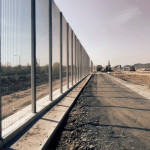 Perimeter security for the £250 million ‘super prison’ in Wrexham

Together, Zaun and Binns Fencing offer both Perimeter Security Suppliers Association (PSSA)-verified product and installation. It’s something of a unique proposition, then, with Binns being an approved PSSA installer and Zaun boasting ArmaWeave in addition to other PSSA-approved products.

Binns and Zaun will now be looking to work together on high security applications that offer end user customers a joined-up manufacturing and installation service of the very highest quality, with NOMS-approved prison mesh and the ability to manufacture gates and posts.

Binns Fencing specialises in the prisons, utilities, construction, local authority and physical security sectors and is widely renowned for its Flexible Security Topping, a registered design that’s currently “the most secure topping system” on the market.

For its part, Zaun manufactures an extensive range of temporary, PAS68 and permanent high security perimeter protection systems at its UK factories which the company integrates with both CCTV and PID systems.

Zaun and Binns Fencing have already announced projects to secure three more secure institutions. The Zaun Group of companies will be collaborating on Wormwood Scrubs, Thornford Park and Ealing Hospital.

Binns has won the contract from main contractor Keir to provide security fencing for a new secure unit at Ealing Hospital in west London. Alongside Zaun, Binns has developed bespoke fencing and high security railings that repel would-be intruders and keep residents secure but which are also less ‘threatening’ from an aesthetic perspective and blend better with the community setting.

A mere five miles away at Her Majesty’s Prison Wormwood Scrubs, Binns is installing a 5.2 metre-high perimeter comprised of Zaun’s HiSec security fencing panels with the prison-standard ‘358’ welded mesh configuration.

Wormwood Scrubs is a Category B prison comprising five main wings plus a number of smaller dedicated units, handling over-21 years of age male prisoners on remand and sentenced by courts within its catchment area, as well as enhanced support for offenders with substance misuse needs who are part of the Intensive Drug Treatment System.

Binns has also won work from renowned private provider The Priory Group, the organisation that’s dedicated to helping people to improve their health and well-being thanks to a network of 275 hospitals, clinics and schools across the country treating over 70 conditions. The company is installing the same product at Thornford Park near Newbury, a 122-bed low and medium secure hospital offering personalised assessment and treatment programmes for males with complex care needs and histories of offending as well as those who may have failed in previous placements.

The aforementioned £250 million ‘super prison’ at Wrexham is a new Category C closed prison with a small remand function that will hold 2,106 adult male offenders. 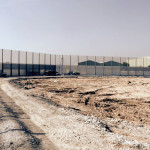 At the Wrexham site, Binns Fencing has just finished installing the first phase of 5.2 metre-high perimeter made up of 750 of Zaun’s HiSec security fencing panels complete with the popular ‘358’ welded mesh configuration

Binns won the order to supply and install almost 2 km of prison-standard secure perimeter fencing at the former Firestone site located on the Wrexham Industrial Estate. Indeed, Binns has just finished installing the first phase of the 5.2 metre-high perimeter protection solution which is made up of 750 of Zaun’s HiSec security fencing panels complete with the popular ‘358’ welded mesh configuration.

Construction work is set to be stepped up since the Ministry of Justice officially signed the £156.9 million contract with main contractor Lend Lease following months of preparatory work that has included levelling the site, erecting the secure perimeter fence and digging foundations for the initial house block.

The £212 million construction will provide good quality prison accommodation that reduces the cost per prisoner place. Once operational, it will further boost the regional economy by around £23 million per annum and create anything up to 1,000 jobs.

Two months ago, prisons minister Andrew Selous announced that the Government would adopt a new approach towards public, voluntary and private sector collaboration to run the prison. Her Majesty’s Prison Service will take overall ownership and outsource 34% of service provision which includes a large industrial workshop complex.

Binns Fencing has also been appointed to provide a temporary secure perimeter as part of the enabling works for the redevelopment of Broadmoor Hospital.

The West London Mental Health NHS Trust announced the £242 million redevelopment of the high security psychiatric hospital in Crowthorne after receiving Government approval. The project includes building ten new wards within the existing estate and alongside the six modern wards located in the Paddock Centre in order to create a “modern, safe and secure setting” that readily facilitates “outstanding” clinical and therapeutic care. 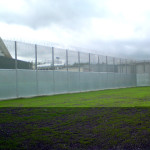 The NHS Trust appointed Keir as main contractor to transform the 150-year-old hospital, with Keir then duly turning to Binns for the fencing provision. In conjunction with Zaun, Binns has designed a temporary 5.2 metre-high ‘prison-standard’ security fence with steel sheeting based on Zaun’s temporary MultiFence security system that was developed for the London 2012 Olympic Games.

Adam Binns explained: “We’ve developed this temporary solution with no below-ground fixings to enable construction work proper to begin as soon as possible in a secure and safe environment for patients, construction workers and the public alike, and also for the fencing to be easily removed once all necessary work is completed.”

On average, patients stay at Broadmoor Hospital for five years. The redevelopment will help ensure that, during this time, staff can provide those patients with the best possible treatments in surroundings which support therapy, encourage recovery and, importantly, achieve the most effective outcomes.