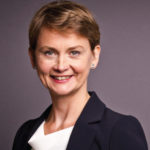 Yvette Cooper, the Labour MP for Normanton, Pontefract and Castleford, has been elected chair of the Home Affairs Select Committee. All Members of Parliament were able to vote in the election which took place following the recent resignation from office of Keith Vaz. Votes were counted under the Alternative Vote System.

Only Labour MPs are able to stand for this position as specific Select Committee chairs are allocated according to political party. Nominations opened on Tuesday 11 October and closed on Tuesday 18 October at 12 noon. Candidates required 15 signatures from their own party to be nominated.

In the vote, Cooper stood against Caroline Flint, Paul Flynn and Chuka Umunna. In the third round of voting, at which point Flynn and Umunna had dropped out, Cooper beat Flint by 281 votes to 196 and was duly elected.

Prior to the vote, Cooper had stated: “The Home Affairs Select Committee has a vital cross-party scrutiny job to do and needs an effective and experienced chair. At an uncertain time when patterns of crime are changing, community cohesion is being challenged, the security threat to Britain continues and the Government faces an immensely complex Brexit task, the Committee needs to operate in a fair and thoughtful way in its responsibility to hold the Government and various agencies to account.”

In nearly 20 years in Parliament, Cooper has served as a Cabinet and Junior Minister, as Shadow Home Secretary and also sat on two committees (including spending two years as a member of the Intelligence and Security Committee). This MP also established an independent commission on the future of policing and has worked cross-party to support neighbourhood policing.

Key areas for the Government

Cooper continued: “The Home Affairs Select Committee’s ongoing work, shining a light on different aspects of home affairs on behalf of our constituents, is immensely important and must continue. In three key areas, the Committee will need to do more in the coming months. First, as the Government works to implement Brexit, the detail will be important over security co-operation, cross-border policing and immigration. For example, decisions on Europol membership need to be made before Article 50 is triggered. The Committee needs a firm grasp of the detail. Given the continued terror and security threat, the Government will need to get it right.”

Cooper went on to state: “Second, the current polarised debate on immigration is having an impact on community cohesion and trust in democracy. Building a consensus over Britain’s approach to immigration post-Brexit isn’t easy. The Home Affairs Select Committee should be at the heart of a mature cross-party effort to hear views from across the country – from small town Yorkshire constituencies like mine through to rural communities and the diverse inner cities, all the while recognising the different views and needs harboured by different areas.”

In addition, the MP stated: “Third, patterns of crime are changing fast, with online crime burgeoning, the pace of technological change, more reported sexual and domestic abuse, extremism and radicalisation to the fore. The Home Office, the police, the security and intelligence agencies and the Border Force need to be able to keep up with these changes in a way that supports both victims and communities. Parliament needs to show that it can deal with the complex issues facing Britain over the next few years.” 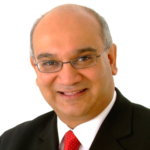 Upon his resignation from the chair, Keith Vaz MP said: “It’s in the best interests of the Home Affairs Select Committee that its important work can be conducted without any distractions whatsoever. I’m genuinely sorry that recent events make it impossible for this to happen if I remain as chair. I have always been passionate about Select Committees, having served as either chair or a member of them for half of my time in Parliament. The integrity of the Select Committee system matters to me. Those who hold others to account must themselves be accountable.”

Vaz served as chair of the Home Affairs Select Committee for nine years, presiding over the publication of 120 reports, hearing evidence from Ministers 113 times and hearing from a total of 1,379 witnesses.

In conclusion, Vaz commented: “I would like to thank my fellow members of the Committee, both past and present, for their tremendous support. I would also like to thank the Clerks of the House for the amazing work they’ve done to strengthen the Select Committee system. We’re not quite on a par with the United States, but we’re getting there. Select Committees are vital for the scrutiny of Government.”