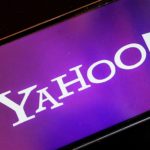 Yahoo! UK Services Limited has been fined £250,000 by the Information Commissioner’s Office (ICO) following a cyber attack in November 2014. The incident was publicly disclosed in September 2016, almost two years after it had taken place.

Due to when the breach happened, the ICO’s investigation was carried out under the Data Protection Act 1998. It considered the circumstances under which the personal data of approximately 500 million international users of Yahoo!’s services was placed at risk. In particular, the ICO focused on the 515,121 UK accounts that Yahoo! UK Services Limited, based in London, had responsibility for as a data controller.

Writing in a blog about the ICO’s investigation, James Dipple-Johnstone (the ICO’s deputy commissioner of operations) stated: “People expect that organisations will keep their personal data safe from malicious intruders who seek to exploit it. The failings our investigation identified are not what we expect from a company that had ample opportunity to implement appropriate measures, and potentially stop UK citizens’ data from being compromised.”

In summary, the investigation found that Yahoo! UK Services Ltd failed to take appropriate technical and organisational measures to protect the data of 515,121 customers against exfiltration by unauthorised persons. The company failed to take appropriate measures to ensure that its data processor – Yahoo! Inc – complied with the appropriate data protection standards. It also failed to ensure appropriate monitoring was in place to protect the credentials of Yahoo! employees with access to Yahoo! customer data. The inadequacies found had been in place for a long period of time without being discovered or addressed.

The ICO considered the breach to be a serious contravention of Principle 7 of the Data Protection Act 1998, which states that appropriate technical and organisational measures must be taken against unauthorised or unlawful processing of personal data. Under the 1998 Act, the ICO has the power to impose a maximum fine of £500,000.

Dipple-Johnstone explained: “Cyber attacks will happen. That’s just a fact, and we fully accept that they are a criminal act, but as the intruders become more sophisticated and more determined, organisations need to make it as difficult as possible for them to access information. They must also remember that it’s no good locking the door if you leave the key under the mat.”

Since the ICO investigation, data protection law has changed. The EU’s General Data Protection Regulation (GDPR) came into effect on 25 May. Dipple-Johnstone added: “Under the GDPR and the new Data Protection Act 2018, individuals have stronger rights and more control and choice over their personal data. If organisations, especially the well-resourced and experienced ones, don’t properly safeguard their customers’ personal data, they may find customers taking their business elsewhere.”

Data protection by design is one of the requirements of the GDPR, meaning that privacy must be considered throughout the processing life-cycle, from hardware and software to the procedures, guidelines, standards and polices that an organisation has (or should have) in place.

Companies and public bodies also need to ensure that strong IT governance and information security measures are in place, and that these are tested and refreshed to comply with the provisions of the law.