Working Together to Fight Cheque Fraud 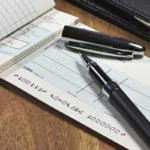 In terms of recent history, cheque fraud losses peaked in 2008 and, during the following decade, they reduced by more than 85%, which is far in excess of the decline in cheque volumes over the same period, writes Martin Ruda. However, the latest statistics reveal that cheque fraud losses increased throughout 2018.

According to ‘UK Finance Fraud: The Facts 2019’, cheque fraud losses increased to £20.6 million last year – the first rise in cheque fraud reported in seven years. The volume of fraudulent cheques increased by only 16%, indicating that a small number of high-value fraudulent transactions led to the rise in losses last year, rather than any change to the longer-term trend.

A total of £218.2 million of cheque fraud was prevented in 2018. That’s up by 3% on 2017. This is equivalent to £9.14 in every £10 of attempted cheque fraud being stopped before a loss occurs. This remains the highest proportion of attempted fraud prevented across all types of payment fraud.

There are three main types of cheque fraud:

*Counterfeit – a cheque that has been created on non-bank paper to look genuine. It relates to a genuine account, but has actually been created and written by a fraudster for the purposes of committing fraud

*Forgery – a genuine cheque is used, although the signature is not that of the account holder. The fraudster has forged the signature by signing the cheque themselves

*Fraudulently altered – a genuine cheque made out by the genuine customer, but one that has been altered by a fraudster before it has been paid in (eg by altering the recipient’s name on the cheque or the amount such that it’s no longer a genuine cheque)

As expected, fundamental change to the clearing system – ie the introduction of new Image Clearing System (ICS) in October 2017 – has inevitably attracted more attempts at fraud as criminals look for any weak links in the ICS.

Implementation of the ICS 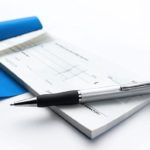 While cheque volumes continue to decline in the UK – by around 15% per annum – this payment method still plays an important role for many sectors, organisations and individuals alike, with more than one million new cheques issued every day.

As detailed in our first White Paper of 2019, entitled ‘Fighting Cheque Fraud in the 21st Century: Cheque Fraud Detection in the New Clearing Model’, the UK banking industry has been delivering the digitisation of the paper cheque and the roll-out of the cheque ICS has recently been completed. All cheques now benefit by reduced clearing times to the next working day following the cheque being banked on Day One. New methods for paying cheques into bank accounts are also being introduced, such as capture on a smart phone and remote deposit solutions for businesses using desktop cheque scanners.

Subsequently, there’s a faster clearing period with value credited and certainty of fate known by the end of Day Two, while individuals are now no longer required to visit their bank or pay in at their local Post Office. In short, the humble cheque has finally entered the 21st Century technology revolution.

The digitisation of cheques has proven to be very effective across numerous countries for many years, and the long-awaited introduction of the ICS is a significant event as the UK follows suit. With an emphasis on speed and convenience, banks and building societies must fully embrace the modernisation of the cheque clearing process, which will lead to increased efficiencies for the financial organisations as well as their valued customers. 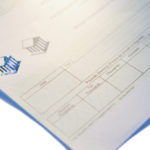 Currently, in the event of losses, direct participants are bound by the ICS rules for compensation in cases of fraud, with the paying bank typically compensating the customer for the loss albeit the payee’s bank, or the collecting bank (if different to the payee’s bank) can compensate the customer depending upon the specific circumstances surrounding the loss.

Last year, the Government introduced secondary legislation to provide a safety net in respect of compensation for losses suffered by users of cheques to ensure the innocent customer, and particularly so the payer of the cheque, should not be left out of pocket.

Where a cheque is lost or stolen from a payer and collected by a fraudster, the banker who has provided the facilities for the image to be captured from the original cheque (normally the payee bank) is deemed the responsible banker and liable to make full compensation to the payer or paying bank, irrespective of fault. Compensation is excluded in those cases where the payer has been grossly negligent or been knowingly involved in fraudulent activity.

This ‘re-balancing’ of the fraud liability model is recognised as a fair and reasonable step to mitigate risk and, indeed, represents a further change to ensure that all parties to the cheque ICS contribute to its integrity and reliability.

The introduction of the ICS has given the wider industry the opportunity to innovate and develop new and highly sophisticated Image Survivable Features (ISFs) to help combat the fraudsters, many of which were discussed in-depth within our second White Paper entitled ‘Cheque Image Clearing System: An Innovative Approach to Defeating Cheque Fraud’. These solutions have been designed to protect financial organisations and their customers from any attempted fraudulent activity as they adapt to the new processes that form part of the new clearing model. 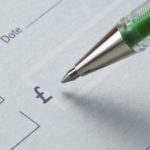 The introduction of scanner-based features at the point of collection, including the use of ultraviolet image capture and alteration detection, as well as the application of Image Quality Assessment routines, can flag items that are not imaging correctly, or which may have fraudulent history (ie wrong size, shape, information). This will prevent the collecting bank from submitting fraudulent and non-standard items into the central clearing system.

This is being supplemented by the use and gradual adoption by the paying banks and their customers of the new and enhanced ISFs which include UCN and UCN Plus to trap counterfeit, tampered and fraudulently altered items.

Encouragingly, these solutions are also having a positive effect on the level of fraud being detected. For instance, modern technology has now evolved to identify alterations, counterfeits and forgery, in addition to the traditional security features on the cheque, which has reduced the reliance on human ‘eye-balling’.

While ISFs have become increasingly important for confirming cheque payment details, these sophisticated solutions are also responsible for the rise in reported cases as they’re quickly and efficiently highlighting many fraudulent items that may have gone undetected through the previous paper-based clearing model. 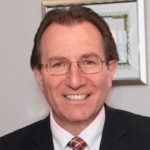 In order to fight fraud in the most proficient manner, it’s vital for all participants involved in the transaction process (ie the collecting bank, the payee bank and the paying bank) to accept they have a Duty of Care to check for poor image quality and identify fraud. Similarly, indirect participants (ie agencies) also have that obligation where they assume any of the roles within the transaction.

With the introduction of the ICS, the collection participant is now the only one that has sight of and can feel the paper and check the paper security features. It’s important that this task is fulfilled in the most effective manner.

Once captured, the image must be clearly readable, thereby enabling the paying participant to undertake their own specific checks. If that particular organisation is unable to read the image clearly then the paying participant will not pay the cheque, thereby resulting in the item being represented. This will lead to all parties having to undertake additional work and frustrating delays to the beneficiary in receiving the funds. It will also negatively impact the reputation of the cheque ICS.

With the completion of cheque imaging in the UK, the transfer of the paper document from one bank to another has now become a thing of the past. Now, the UK cheque industry looks towards its technology service providers for innovation, quality assurance and protection from fraud. Early evidence suggests it will not be disappointed.

Protecting the Higher Education Sector: A Lecture on University Security