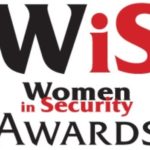 The Women in Security Awards were initiated back in 2013 to celebrate and recognise the accomplishments and contributions realised by females working within the private security business sector and, indeed, the wider security community.

The Security Industry Authority (SIA) supports the Women in Security Awards. As the sector’s dedicated Regulator, the organisation is fully committed to equality and diversity within the private security industry. Research conducted by the SIA in April last year, which looked at gender and other protected characteristics, revealed that only 9% of the SIA’s licence holders are females. It’s a situation that must be addressed.

Elizabeth France, chair of the SIA and once again a member of the Judging Panel for the Women in Security Awards, is encouraging professionals operating within the private security industry to nominate the women they feel merit an award. In particular, those women who go above and beyond what’s required of them to contribute to the wider world of security, the security profession or the private security industry should be honoured.

“This will be my third year as a Judge for the Women in Security Awards,” outlined France. “In each of the previous years, I’ve been hugely impressed by the quality of the nominations and humbled by some of the actions described. We have far too few women in the private security industry, but those who are part of it are making a significant and highly valued contribution. I’m looking forward to seeing an even bigger field of entrants than in previous years, and duly celebrating the success of the 2016 winners. All of those who are nominated will be role models for future generations of women working in the security business sector.”

Devised and organised by Professional Security Magazine, the Women in Security Awards are bestowed in the following categories: Security Manager, Contribution to the Private Security Industry and Front Line Officer. Nominations are welcome for those females being put forward as a CEO, chair or managing director of a security company or as security professionals working within the Security Department of a commercial company, the public sector, the private security industry or, indeed, the wider world of security.

*The 2016 Women in Security Awards take place on the evening of Thursday 22 September at The Security Institute’s Black Tie Gala Dinner (following on from the Institute’s Annual Conference earlier that day). The venue is the AMBA Hotel, Marble Arch in central London. The pre-dinner Drinks Reception begins at 6.45 pm with the Gala Dinner starting at 7.30 pm. Tickets are priced at £75 per person. To find out more information and nominate one of your colleagues visit: http://www.professionalsecurity.co.uk/wis/