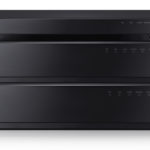 The new Wisenet Pentabrid video recorders from Hanwha Techwin are designed to extend the life of existing analogue-based CCTV, while at the same time providing a smooth and cost-effective migration towards an IP network-based video surveillance solution.

Combinations of analogue or IP cameras up to 4K ultra HD can be connected to the Wisenet Pentabrid 4, 8 and 16-channel video recorders, with a simple on-board software switch enabling end users to convert any channel from analogue to IP when required.

“Although the benefits of an IP network-based video surveillance solution are widely understood, analogue systems are still being specified and there are also countless legacy systems being retained because the end user isn’t yet ready to migrate to IP,” said Uri Guterman, head of product and marketing for Hanwha Techwin Europe.

“This may be because the network infrastructure is unable to support a video surveillance system or provide the necessary bandwidth, but if existing analogue systems are still meeting an end user’s requirements, it may also be difficult for them to justify the investment in upgrading or installing a new network.”

Guterman added: “In this respect, these new appliances, which are supported by the Wisenet WAVE Video Management Software platform, represent a safe and future-proof investment in a recording solution. In addition to supporting all Wisenet IP cameras and Wisenet HD+ analogue cameras which are able to capture and transmit images and audio without any latency at distances of up to 500 metres using standard coax, they will also help facilitate the transition toa  future generation of Wisenet products and, if required, support cameras from selected other manufacturers.”

The six new Wisenet Pentabrid models which support a wide range of Intelligent Video Analytics including audio, face, de-focus, enter/exit and camera tampering detection can be configured to trigger a variety of actions when an event occurs, such as automatically sending e-mail alerts to specified personnel or moving a PTZ camera to a pre-set position.

The model numbers of the Wisenet Pentabrid video recorders are as follows:

*Wisenet HRX-420: Six channels. Up to four channels can be used for analogue cameras. One internal SATA HDD

*Wisenet HRX-1620: 18 channels. Up to 16 channels can be used for analogue cameras. Two internal SATA HDDs

*Wisenet HRX-1621: 18 channels. Up to 16 channels can be used for analogue cameras. Eight internal SATA HDDs

The maximum capacity of each HDD is 6 TB