Why Your Security Strategy Needs An Analytical Upgrade 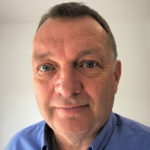 Last year, an increase was reported in the number of violent crimes, robberies and burglaries occurring in the UK. This should act as a wake-up call for companies, as well as individuals, that it’s time to enhance their security operations, asserts Kevin Waterhouse.

Here are some of the security challenges organisations find themselves facing today and a few ways video content analytics can help.

Value of a preventative approach

Post-event analysis of security footage can be incredibly beneficial to crime investigation. However, this process doesn’t always lead to solving the case. An alarming finding was reported in 2018 – 95% of robberies and burglaries in the UK remain unresolved, often due to the difficulties encountered by the authorities when attempting to identify those responsible. While companies tend to rely on their insurance to cover the damage of such crimes, it’s clear that a more effective approach is required.

Modern surveillance systems with analytics capabilities are able to identify unusual behaviour and flag it to Monitoring Centre operators who can then initiate the necessary response and alert local law enforcement much sooner. In this way, intruders can be caught red-handed and prevented from fleeing the scene, while any damage can be contained.

When security cameras are installed as a mere ‘tick box’ exercise and lack the ability to alert security staff when intrusions take place, the investment in this technology is severely limited. By deploying video analytics and enabling a preventative approach, businesses can derive true benefit from their security spend by hugely mitigating the consequences of crimes.

Between stretched-out resources and arrested growth

The value of video analytics doesn’t simply lie in preventing security incidents. Considering recent news regarding the working conditions of CCTV operators, it’s apparent that UK Monitoring Centres are in need of a resource boost. These workers often work 12-hour shifts due to organisations’ stretched-out teams. This is not only detrimental to their well-being, but also to their performance. Research has shown that after just 20 minutes of watching video footage, a security officer’s attention span will have reduced to the point that they’re likely to miss key activity on the screen. It seems almost futile to demand that these professionals identify minimal movements that could constitute threats simply by monitoring live footage and with no help from technology.

Incorporating analytics capabilities into the surveillance systems and relying on these tools to detect and flag anomalies provides immense support to overworked security teams, relieving them of tedious and fruitless monitoring while at the same time enhancing security beyond measure.

With regards to the workforce, some businesses may see the addition of monitoring technology as an opportunity to lay off staff. Conversely, understaffed organisations have been known to fear the acquisition of new business as they would be unable to attend to it.

It’s clear that a change in mindset is necessary: with video analytics on their side and staff optimising their skills and energy, a win-win situation is derived. The role of a security officer becomes more rewarding and the value they provide to the wider business is simultaneously enhanced.

As the years go by, video content analytics has constantly evolved, increasing its applications and improving its ability to deliver business advantage. A key role in this process is undoubtedly played by Artificial Intelligence (AI). While AI’s reputation in security initially suffered a negative reputation due to its tendency to raise false alarms, its use in this industry is becoming increasingly popular.

The recurring issue of ‘false positives’ has caused security businesses to distrust technologies such as AI and video analytics, reinforcing the belief that the benefits they bring didn’t quite justify their increased cost. This was particularly true in instances where the perimeter or area in question was rife with natural elements which confused the system and generated unnecessary alarms.

Fortunately, the latest generation systems enjoy more sophisticated capabilities, in turn contributing to the resolution of this challenge. When coupled with deep learning, AI and analytics applied to video monitoring can be trained to distinguish vehicles or humans from other moving objects that are simply part of the environment. In other words, the system ‘knows’ what a real security threat looks like.

The end result is enhanced accuracy, precise detection and maximised effectiveness of the security system.