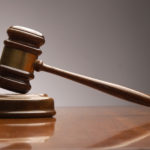 In August 2015, unannounced visits were made by SIA investigators across three sites. At one site in Cambridge, a man then named only as ‘George’ was questioned, but failed to prove his identity or produce a valid SIA licence. As a result, he was arrested.

The police service was able to identify him as George Kabuthia Boro and found that he had no right to work in the UK and was working illegally. Consequently, Boro was referred to the immigration services at the Home Office.

Enquiries made by the SIA investigators also found that Boro neither held an SIA licence, nor had he previously held one. This amounts to a Section 5 offence under the Private Security Industry Act 2001.

Following on from their compliance inspection, SIA investigators later attempted to conduct interviews with Kinyanjui and Kalemera on several occasions, but both failed to attend.

On another occasion, SIA investigators requested information from Kalemera, visiting his home address to issue the request, but he failed to comply. This is a Section 19 offence under the Private Security Industry Act 2001.

As a company, Wharf Guards Limited entered a guilty plea for providing unlicensed security officers on three sites from June to August 2015. This is a Section 5 offence under the Private Security Industry Act 2001.

Similarly, the director Kinyanjui plead guilty to three counts of providing unlicensed security officers. This is a Section 5 offence and, as a director, he’s liable under Section 23 of the Private Security Industry Act 2001.

Kalemera plead guilty to a Section 19 offence under the Private Security Industry Act 2001 for failing without reasonable excuse to produce any documents and information relating to the provision of security industry services by Wharf Guards Limited.

*The offences relating to the Private Security Industry Act 2001 that are mentioned in the above case are as follows:

(2) Section 16: Falsely claiming to be a registered Approved Contractor

**The Private Security Industry Act 2001 is available online via: legislation.gov.uk