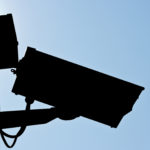 Westminster City Council’s Cabinet has agreed to decommission the authority’s current CCTV network of 75 cameras from 1 September 2016. The Cabinet has also agreed to continue “constructive talks” with the Mayor’s Office for Policing and Crime (MOPAC) and the Metropolitan Police Service in a bid to work towards a pan-London solution.

Providing CCTV coverage is termed a non-statutory council service. This means that it’s not legally required and is at the discretion of every council as to whether they provide it. The crime and disorder CCTV system in Westminster is primarily used to provide reactive support for the police service in securing arrests and prosecutions relating to crimes committed in sight of cameras.

While Westminster City Council has set aside £1.7 million to upgrade the entire surveillance system, which is described as both “ageing” and “at times unreliable”, there have been discussions with the police service, business partners, MOPAC, the Greater London Authority and Government for many years about the issue of ongoing CCTV running costs of up to £1 million per annum. To date, “no support” has been forthcoming.

There are many other cameras operational in central London that are not being affected by the council’s decision, for example those cameras operated by Transport for London and thousands owned and managed by private businesses.

The CCTV systems operating in Westminster’s housing estates will also be unaffected by the decision.

In addition, there are many other crime prevention initiatives that are run successfully, often in partnership, with the police, the council and businesses that don’t involve fixed CCTV cameras. Westminster City Council will continue to build on those initiatives.

If no solution can be found, the Cabinet will decide at a future meeting where to allocate the £1.7 million currently earmarked for upgrading the CCTV system on other, potentially more effective crime prevention measures, such as improving the public realm or better street lighting.

Councillor Nickie Aiken, Cabinet Member for Public Protection, commented: “Like many other local authorities around the country, our current view is that we’re not able to continue to subsidise this non-statutory service when there are many other pressures on our budgets and where other partners are the main beneficiaries.”

Aiken added: “We will keep talking. In the past week, we’ve held very constructive discussions with the Mayor, the Metropolitan Police Service and the Mayor’s Office for Policing and Crime. We want to work towards a pan-London solution that’s right for the capital. After all, criminals don’t stop their activities at Borough borders.”