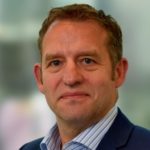 A popular safety and security information sharing service is now set for launch in the West Midlands. The Cross-Sector Safety and Security Communications (CSSC) scheme is a national initiative designed to promote greater links between the police, Government organisations and businesses to share information in the event of an emergency.

Originally established in London back in 2011 ahead of the highly successful Olympic and Paralympic Games, the CSSC is now being rolled out across the UK and Barrie Millett, Group head of security with Midlands-based financial services mutual Wesleyan, has been asked to lead the Board of the West Midlands CSSC.

Don Randall MBE, founder of the CSSC, said: “The CSSC in London has proven to be an extremely successful way of sharing accurate and timely information on safety and security issues with two-way engagement between the police, the Government and the business community. Setting up a similar network in the West Midlands will enhance our security infrastructure and build stronger networks.”

Randall continued: “We wanted someone with a strong security background and good business ties to lead the West Midlands Group. Barrie’s experience makes him the ideal candidate as he has advised firms around the globe on security and resilience issues. His current role at Wesleyan, which is one of Birmingham’s oldest businesses, means thathe has access to a wide range of business contacts.”

Barrie Millett joined Wesleyan as head of Group security in January 2017 after 13 years working in the corporate sector. Prior to that he was a consultant providing risk management leadership to a variety of global organisations. Millett began his career as a Royal Marines Commando. He is Honorary Life Vice-President of ASIS International’s dedicated UK Chapter.

Millett informed Risk Xtra: “I’m honoured to have been asked to chair the Board of the West Midlands Group. We already have strong networks as a region, but having a formal way of bringing together police, local Government and cross-sector businesses will really help us to quickly share vital information about any ongoing threats and risks. This could cover anything from cyber threats through to large-scale protests. In the event of any major security threats such as a terrorist incident, we can step up ways of communicating.”

The CSSC initiative was formed on a partnership basis between law enforcement, Government departments and nearly every industry sector that operates in the capital and beyond. Industry Sector Leads were identified for each industry, with a remit to participate in briefing calls and events and disseminate appropriate messaging conveying “one single truth” to their networks.