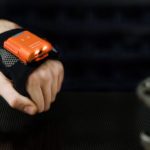 There have been many arguments made about how the use of robots and Artificial Intelligence (AI) could replace the role of workers across numerous industries, writes Axel Schmidt. However, the reality of the situation is that full automation isn’t a pragmatic approach and will not be a realistic goal for years to come, despite impressive advancements in technology.

Instead, we must consider how technology can augment the human worker’s role and also improve the safety of workforce environments. Despite the importance of warehouse efficiency, there needs to be additional emphasis on Health and Safety concerns in warehouses and the continued issue of labour shortages.

Implementing AI and wearable technology, businesses can move towards improving both productivity and accuracy while at the same time enhancing worker safety.

Understandably, many organisations focus on optimising their workforce by streamlining business processes to improve efficiency and productivity. However, to gain the most out of worker activity, there are various opportunities to enhance employees’ experiences and, in turn, their performance.

Tiredness is one of the biggest challenges which restricts productivity in the workplace. Realised by physical activities including lifting and putting away multiple items or simply wasting time walking to and from static work stations, errors are more likely to happen as workers run out of energy. When employees become fatigued, the risk of them hurting themselves or the people around them increases. To reduce the likelihood of this happening, businesses need to maximise both performance and worker safety in order to achieve higher efficiency. 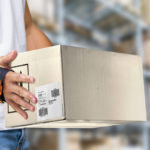 Since most Health and Safety incidents reported in the UK in 2017-2018 within the transportation and storage industry relate to musculoskeletal disorders, there’s an added element of importance when it comes to deploying hands-free wearable technology to benefit the safety of workers. Ergonomic workspaces aim to decrease the risk of repetitive strain injury and accidents resulting from exhaustion. By removing unnecessary repetitive actions, such as time-consuming walks across the warehouse or employees constantly having to pick up and put down equipment, wearable technology can ease the strain on the workforce by avoiding extraneous tasks.

Workers could immediately be provided with the next pick up location via their wearable device, rather than having to trek back to find out this information. Not only does this reduce the risk of health problems and injuries from strain, but productivity is also increased as workers have higher levels of energy to perform necessary activities.

By ensuring that the majority of physical movement is directly linked to necessary productive duties, risks can be avoided by minimising extraneous movement, removing distractions and cutting out any additional weight.

Traditional scanners typically follow a handheld ‘point and shoot’ procedure. With wearable technology, businesses can upgrade their equipment with an in-built scanner glove. Removing the need to hold a scanner, and instead scanning with the click of a button in the glove, this shortens the process and allows workers to manage their tasks with ease.

By not having to hold the device, workers have both hands free at all times, which makes tasks simpler and quicker, but more importantly safer. The use of the glove removes any additional weight that could affect the worker’s fatigue and reduces the risk of dropping equipment. Furthermore, if there was a hazard or a dangerous event, the worker can take appropriate and fast action as they’re not having to carry any hand-held devices.

Sensors which emit alert signals can also be added to wearable devices to improve safety by warning workers of motion in their working environment or highlighting any risk created by moving vehicles. For example, vests for workers on construction sites can alert the individual if a hazard is approaching and also communicate with forklift trucks to alert them of a worker’s presence to avoid the risk of hitting them.

Particularly so in noisy working environments, this type of smart technology is crucial where workers may not hear or see potential hazards. 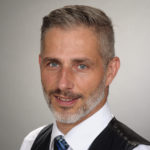 In a generation where technology is always developing, it’s no surprise that many workers often have concerns in terms of job security. However, when it comes to wearable technology, the benefits are endless. Workers have been positive about the improvements wearable technology has on their daily routine, including the removal of needless repetition, improving precision and reducing physical strain.

By making their jobs safer and more straightforward, wearable technology has, in turn, improved workers’ employment conditions and increased their productivity levels.

Wearable technology is one way in which companies can apply technology to better their safety standards. With the benefits of the technology quickly realised, both workers and the business itself will reap the rewards from improvements in efficiency, safety and overall staff morale.