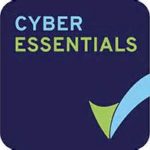 Ward Security has achieved Cyber Essentials accreditation following an independent assessment of the company’s IT network and systems. The quality mark, which was created by the National Cyber Security Centre, is a national Government standard that demonstrates a given company’s ongoing commitment to cyber security and maintaining the highest possible standards for its clients.

The importance of gaining the accreditation not only demonstrates that Ward Security continues to strive to be the best security player in the industry, but also provides a confidence boost for clients who want to be assured that their service suppliers are taking the correct steps to protect themselves from cyber attacks and data breaches. 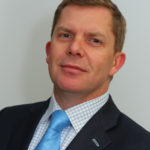 Kevin Ward, managing director of Ward Security, stated: “For every business, ensuring that you have adequate security goes far beyond the physical protection of premises and employees. Cyber security is a global issue affecting all businesses and, for us, it’s imperative that we can show our clients that we’ve taken all available steps to protect them and the data we hold about them on our systems. This accreditation follows a stringent assessment of our policies and systems. I’m very proud to be able to say we’ve achieved our goal.”

Nikhil Kamboj, business services director at Ward Security, added: “Cyber Essentials sets out five security controls to protect any organisation against the most common threats. It’s also one of the most recognised standards recommended under new EU General Data Protection Regulation compliance. Gaining accreditation will afford our clients further confidence and assurances that we have robust measures in place to protect ourselves against cyber attacks. Gaining accreditation isn’t simply a case of achieving a tick in a box. Importantly, it’s about maintaining the necessary standards on an ongoing process. Wherever possible, we will look to use the latest techniques to ensure that our systems are watertight.”

The business is now working towards gaining IS0 27001.

The British Arab Commercial Bank is a UK regulated bank that has operated for more than 40 years. It harbours an expertise in international finance and focuses on helping companies to develop and grow trade in new markets with confidence.

Speaking about this contract news, Kevin Ward said: “We’re delighted to have been awarded such a prestigious contract by the bank. We believe that our philosophy of providing people who are both professional and dedicated to delivering high quality standards closely matches the principles of the client. All of our clients need bespoke solutions that consider key security needs both today and into the future, and our tender document clearly communicated that to the bank. We look forward to working with them.”

Steve Cook, director of facilities at British Arab Commercial Bank, added: “We’ve been impressed with the high standards and accreditations that Ward Security both work to and maintain. Most of all, this is a security company that’s clearly very passionate about what it does. Not only has Ward Security identified efficiencies and new ways in which to work, but the business has also delivered a proposal to us with fresh enthusiasm. The team at Ward Security is already integrating well into our team and we’re pleased with their appointment as our new security provider.”

Ward Security has announced its top performing employees of the year at the company’s annual Star Employee Awards Ceremony. From its 900-strong team, Ward Security presented 15 employees with a Star Award in recognition of their commitment, loyalty and outstanding achievements during their employment in 2017.

More than 50 employees were nominated by team leaders and clients to receive a Ward Security Employee Star Award, with all nominees being invited to attend the Awards Ceremony, which took place on Friday 26 January at The City Grange Hotel in central London.  The Star Awards presented include those which closely represent the company’s core PRIDE values, upon which CEO David Ward and Kevin Ward founded the business.

Over 180 people attended the event. Presentations to the winners were made by clients of Ward Security, with the coveted Employee of the Year Award being presented by Ian Dyson QPM, Commissioner of the City of London Police. 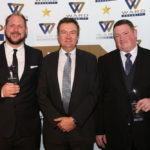 This time around, the Employee of the Year title was awarded to two outstanding security officers from Ward Security’s Dog Handling team. Christopher Dale and Gary Kennard both demonstrated outstanding skills in defusing situations which could have potentially become major police incidents. In both cases, the police and clients commended their efforts and agreed that these officers had demonstrated excellence in performing their roles. Both employees received a trophy and a cheque for a £1,000.

“Our annual Star Awards evening is all about celebrating and recognising outstanding actions and excellence in our team,” explained Kevin Ward. “There are individuals in every company who go above and beyond the Call of Duty. Very often they’re unsung heroes or people that just think they’re doing their job. However, we don’t want our team members to go unrecognised. We fully believe that we’re only as good as the team we have in place and having a dedicated evening where we can properly celebrate staff achievements is hugely important to us and our business. David and I would like to congratulate everyone that was nominated throughout the year and, of course, this year’s worthy winners.”

The full list of winners for 2017 is as follows: