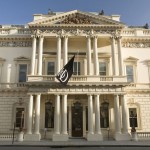 The Institute of Directors’ headquarters in central London

The Institute of Directors (IoD) has cautiously welcomed Chancellor George Osborne’s plans for a new National Living Wage, which will see the hourly rate for over-25s hit £7.20 next April, but at the same time has called for care to be taken over future minimum wage rises. The IoD’s comments were published in the organisation’s response to the Low Pay Commission’s consultation on minimum wage rates which closed on Friday 25 September.

Seamus Nevin, head of employment and skills policy at the IoD, said: “In many ways, the UK has a good jobs story to tell. Unemployment is low and vacancies are at a near record high, but one of the biggest disappointments of the recovery has been slow pay growth for workers. The Chancellor has decided that now is the time to reward employees for their patience during the recovery and has offered businesses a lower tax deal in return.”

Nevin continued: “IoD members already recognise the benefits of letting their staff share in their success. 9 out of 10 pay the full Living Wage, as set out by the Living Wage Foundation, so they will mostly be able to accept the Chancellor’s bargain. Nevertheless, Government cannot ignore the potential jobs cost.”

The IoD is adamant that the National Minimum Wage “must not become a political competition” to see which party can offer the most, irrespective of what the economy and employers can afford.

“The independent Low Pay Commission has done a good job in balancing the rate against inflation, economic growth and the effect rises would have on small businesses and people entering the jobs market,” added Nevin. “The Chancellor must resist the temptation to turn the new National Living Wage into an instrument of political strategy.”

As far as Nevin and the IoD are concerned, the only way to ensure sustainable pay rises is to increase the productivity of the workforce and the performance of companies.

“In that regard,” concluded Nevin, “businesses are keen that the Chancellor must come good on his part of the ‘deal’ struck in the Summer Budget and deliver on promises to cut corporation tax and raise the Employment Allowance sooner rather than later.”

*The full consultation response from the IoD can be downloaded here

Inflation down, but interest rates “should go up”

Commenting on the latest figures which show inflation running at 0.0% on the Consumer Prices Index, Michael Martins (economic analyst at the IoD) stated: “Inflation remains stubbornly low as the price of essentials like food and fuel continues to fall. This will be of little concern for the majority of British businesses who may now have more spare cash to invest. Over the next few years, this could help drive much-needed productivity increases as firms buy or upgrade equipment, machinery and technology. These are the decisions they perhaps delayed during the early stages of the recovery.” 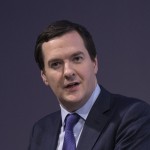 Martins went on to state: “Real wage rises, which remained so elusive during the downturn, are coming through across the private sector and look set to remain a feature of the recovery. Combined with low unemployment, one of the highest levels of vacancies since 2001 and strong domestic growth, the UK economy continues to look healthy. This is despite economic uncertainty and shaky confidence in some of the UK’s largest trading partners, notably China and the Eurozone.”

In addition, Martins said: “The Bank of England must not let these latest figures stand in the way of normalising interest rates. Its mandate is to target inflation over a two-year period where it’s set to return to a more typical level. Moreover, the drivers of low inflation are outside of the Bank’s control. Given the strength of the UK economy, the uptick in output, a tightening labour market and tentative signs of productivity increases, the Bank of England must be prepared to follow the Federal Reserve if it chooses to raise rates.”

Hard to find a negative story in jobs figures

Also commenting on the new labour market statistics, which showed the headline rate of unemployment was 5.5% in the three months to July 2015, Martins explained: “These statistics are further proof that Britain’s businesses continue to power the recovery and are sharing the rewards with their employees. In the downturn, businesses did all they could to keep people in work, taking the difficult decision to cut hours or freeze pay. Now, real pay growth has become entrenched and the rate of unemployment has stabilised. The proportion of people in work is now back to its joint highest level on record, suggesting the UK economy is close to full employment.”

As firms ramp up production, and real wage growth boosts consumer confidence, job security is also on the up. The number of part-time and temporary workers who would like a full-time position is at its lowest since before the crisis, while the number of long-term unemployed has fallen dramatically in the past twelve months.

Even though short-term unemployment appears to be growing slightly, this could be a result of more people starting to hunt for jobs in response to a high number of vacancies.

“It’s also encouraging to see that productivity could finally be increasing,” enthused Martins. “Employees are doing more with less – working fewer hours, producing more and being paid more. These are all signs that, although the headline unemployment rate may have plateaued, the labour market is still tightening.”

In Martins’ view, these figures “provide yet more evidence” that the UK’s economy is strong and stable enough to begin the gradual and incremental process of normalising interest rates.