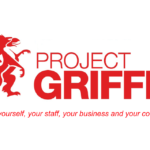 Vision Security Group (VSG) has just announced a one-year contract with the London Mayor’s Office for Policing and Crime (MOPAC) to self-deliver Project Griffin training. Project Griffin is the national counter-terrorism initiative for the business sector produced by the National Counter-Terrorism Security Office (NaCTSO) to protect the UK’s cities and communities from the threat of terrorism.

Project Griffin was launched back in 2004. Ever since, specialist officers around the country have briefed somewhere in the region of 100,000 workers each year.

NaCTSO has a requirement to increase the roll-out of Project Griffin tenfold by developing new delivery models, one of which is training third parties to deliver Project Griffin. VSG has been assessed to train to the requirements of the Project Griffin initiative. The assessment ensures that a company has an existing corporate training structure using accredited trainers, operates in the ‘Crowded Places’ environment and will deliver all or any part of the NaCTSO Project Griffin product free of charge.

As part of the process, VSG’s trainers will record attendance on the course to help NaCTSO understand both the use and relevance of each module to the business. 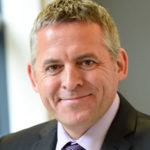 “We’re delighted to be part of this important national initiative,” enthused Barry Dawson, managing director at VSG. “In the environments where we work, it’s imperative that we can help our team members to understand the threat from terrorism in the UK, guide individuals on what they need to do if they find themselves involved in a terrorist incident or event that leads up to a planned attack and enable people to recognise and report any suspicious activity.”

Ian Mansfield, VSG’s head of counter-terrorism, was the national lead on this initiative for the City of London Police for over a decade, and has been an invaluable mentor for the company’s teams and clients in relation to Project Griffin.

Dawson added: “We look forward to continuing a close working relationship with our clients to increase awareness and enhance safety.”

William Yau, a security supervisor from West Bromwich, and David Harries (a duty controller from Southampton) were honoured in the Best Use of Technology category. Yau designed and implemented a user-friendly database that allows members of the team to access information instantly rather than relying on paper copies. That detail encompasses everything from contractor details through to security incident processes and procedures as well as Health and Safety information.

For his part, Harries has overseen the development and implementation of a new digital communication system, helping to ensure that the transition from the old to the new system was seamless.

Crime analyst Siobhan Meenan was recognised in the Best Newcomer category and commended for her significant contributions towards crime prevention and prosecution.

Meanwhile, Stewart Judd (VSG’s K9 supervisor from Newham in London) picked up the same award for bringing the very highest level of operational skills and practices from the public sector to the fore in the private sector.

Leoni Bromfield, a security supervisor from Stratford, was awarded in the Outstanding Act category along with Saleh Akram and Martin Hall (both security officers). Bromfield was commended for her bravery and quick thinking which led to her saving an injured man’s life, while Akram and Hall both demonstrated “exceptional bravery” in preventing a suicide attempt.

Ronnie Harkison took the Service to the Customer Award, being duly recognised for providing a consistently exceptional level of service for the past 26 years wherein he has become an integral part of the Anniesland Business Park operation and is both known and respected by every tenant on the estate.

Last, but by no means least, Roberta Sasnauskaite was highly commended in the same category in recognition of her exceptional customer service skills.