Victims’ Law is Needed to End ‘Lottery of Support’ 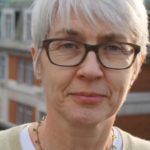 Almost all of us have been affected by crime at some point in our lives, writes Diana Fawcett. Whether through personal experience of a crime or being reminded by terrible acts in the news, crime can have a devastating impact on individuals, making them feel unsafe and anxious. In fact, as many as eight in ten (84%) of us suffer worse mental health after experiencing a crime. This pattern is the same regardless of the type of crime involved. Yet, despite this, too many victims are failed by the criminal justice system at a time when they’re most in need of support.

The majority of victims say that the justice system doesn’t meet their needs and that they lack legally enforced rights in their dealings with the police, courts and other agencies, with many not receiving the right information, help or support to which they’re entitled.

Particularly vulnerable victims of crime, such as those people with disabilities and mental health problems, are entitled to ‘special measures’ to ensure they’re treated with dignity and feel protected as they give evidence in court. Often, though, the provision of these measures is patchy at best.

Left in the dark

Victim Support regularly works with people who are not offered key protections because of these failures. Victims are often left in the dark about the progress of their case. During investigations, nearly half of victims (42%) don’t receive important updates about their case (including, for example, detail around whether the suspect has been arrested or released on bail).

Giving evidence over a video link to court is one way to ensure vulnerable people don’t come face-to-face with offenders. As part of our research on the matter, we interviewed one woman who had suffered from harassment and was experiencing mental health problems. As is too often the case, she could not, in practice, use this measure. She told us: “The Judge complained that they couldn’t hear us very well because the video link was poor. The Judge then insisted that I went to court in person which, of course, was something that I didn’t want to do.”

In this case, the victim reported worsened mental health as a result of the stress of testifying in person.

Victims of crime also have the right to make a Victim Personal Statement in which they can outline the impact the crime has had on them. In theory, it enables their voice to be heard in the court process and helps the court take the impact of the crime into account in sentencing decisions. It’s also an important opportunity for the offender to hear the consequences of their actions first-hand, which can be invaluable to some victims. However, our research found that over half of those eligible were not offered the chance to make such a statement.

It should not be like this. Victims already have rights so they should receive them. We need to see a culture shift within the whole justice system so that supporting victims stops being an optional guideline and becomes a legally enforceable right.

Victims have been promised a Victims’ Law by the major political parties since the 2015 General Election, but little progress has been made since then. The next Government must commit to bringing about this positive change at the soonest possible opportunity. Victims deserve nothing less.