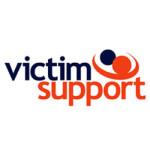 On Monday 22 February, Victim Support is celebrating the European Day for Victims of Crime in order to raise awareness of victims’ rights across Europe.

Last year, the independent charity for victims of crime offered support to 1.2 million people affected by criminality in England and Wales, while its Support Line answers 1,000 calls between the hours of 8.00 pm and 8.00 am every month.

For this year’s European Day for Victims of Crime, the charity wants to spread the word as extensively as possible that it’s here to give victims the support they deserve, regardless of whether the crime has been reported or when it happened.

One of the individuals Victim Support has assisted to recover from crime is Sofia, who suffered a fractured skull and a damaged eye socket following an unprovoked violent assault. Sofia was hospitalised for four weeks, but with the dedicated assistance of Victim Support, thankfully she has now been able to move forward with her life.

“Victim Support helped me to rebuild my confidence and construct a positive outcome from what was an otherwise very traumatic and negative experience,” explained Sofia.

What are victims’ rights?

No less than 75 million people fall victim to crime across Europe every year. The EU Directive on Victims of Crime came into force last November to ensure that all victims of crime receive the same level of support and protection in Europe, regardless of where they live or where in the EU the crime took place.

In England and Wales, the Victims’ Code sets out key rights for victims of crime and the services that each criminal justice agency must provide, including the right to support, for an individual to be kept informed about the progress of their case and the right to construct a Victim Personal Statement.

Importantly, Victim Support backs the introduction of a Victims’ Law that strengthens victims’ rights and is robustly enforced and monitored to ensure that all agencies place the needs of victims first at all times.

Be involved with Victim Support

Victim Support needs your help to reach more people who are affected by crime in England and Wales.

Keep an eye out for the organisation’s graphics on its Facebook and Twitter channels and spread the word that the charity is here to support all victims of crime by using the hashtags #victimsrights and #EUvictimsday on Twitter.