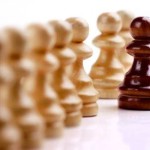 National Hate Crime Awareness Week runs from 10-17 October 2015. To mark the event, Victim Support has decided to shine a light on hate crime and the support available for victims.

Hate crime can take many forms, such as assault, harassment or abuse, but all incidents share one thing in common: its victims are targeted for simply being who they are. Tragically, people can be targeted because of hostility or prejudice towards their race, sexuality, religion, disability or transgender identity (among other examples).

As a charity that supports thousands of victims of hate crime every year, Victim Support knows that these offences can have a devastating and long-lasting effect on victims, particularly so if they’ve suffered repeated attacks or abuse.

Hate crime often impacts on a victim’s self-esteem as well as their physical and mental well-being. For their part, victims can be unsure or scared about telling anyone, or seeking the support they deserve.

Victim Support is able to help all those that have been affected by hate crime, whether victims have reported the crime to the police or not. The organisation is on hand to help immediately after an incident, or at any time during the aftermath. The charity’s staff and volunteers can offer information, practical help and emotional support. In short, nobody should ‘suffer in silence’.

Victim Support’s specially-trained hate crime volunteers offer support tailored to the individual needs of the victims of hate crime. The list of services on offer is far-reaching.

For example, Victim Support can help people cope with the emotional effects of hate crime, deal with employers, the police service and housing departments on a victim’s behalf, advise on home security and safety, organise practical help after a break-in at victims’ homes (such as repairs to broken locks), inform victims about police and court procedures, escort victims to the police station and to court and simply be a shoulder to cry on.

Someone who has used Victim Support’s services is Issy, a former nurse from Bewdley in Worcestershire. Issy was beaten up by her neighbour in 2013 (and suffered whiplash as a result) simply for being a lesbian.

While Issy lay helpless on the floor, her neighbour screamed a torrent of abuse at her . The attack left Issy and her partner feeling petrified in their own building. “We tried to avoid my neighbour at all costs,” explained Issy, “and instead of using the front door of our building, we would go out on to the patio, walk down an embankment and round to the front. This was hard for me.”

Issy and her partner moved to a different address, but unfortunately they were targeted again. Not only was her partner called “Scum” while walking down the street, but a brick was thrown though their window and a neighbour even assaulted Issy, hurting her hand in the process which required hospital treatment.

After the couple reported these incidents to the police service, Victim Support contacted the couple and provided emotional support through face-to-face visits and checked in with them regularly by phone.

Victim Support also helped Issy to be rehoused by writing letters to the local housing association to back up her application to move, detailing the trauma she had been through and the risk to the couple’s safety at their present flat. Thanks to Victim Support, the couple now live in a home where they feel comfortable and safe.

“It was Victim Support that kept me sane by being there for us and helping,” stated Issy. “I don’t have family down here, so I think we would have cracked up if it hadn’t been for Victim Support. I have flashbacks about what we have been through, but thanks to Victim Support, me and my partner are moving on from what has happened to us.”

Over the past year, Victim Support has offered backing and assistance to over 10,500 victims of hate crime.

*If you’ve been a victim of hate crime and need confidential advice or support, find out how to contact Victim Support now

Home Office figures issued this morning show that last year witnessed 52,528 hate crimes recorded by the police, an increase of 18% on the previous 12 months. This is seen as welcome news by law enforcement agencies who are seeking to tackle the widespread under-reporting of hate crime across all categories.

However, it’s important that community engagement comes to the fore in order to prevent any rise in the number of incidents taking place and reduce the harm caused.

National Police Chiefs’ Council Lead for Hate Crime, Assistant Chief Constable Mark Hamilton, said: “The upwards trend in today’s statistics is likely to reflect positive factors such as better recording practices, greater awareness of hate crime and improved confidence among victims to come forward. Hate crime damages society and undermines the diversity and tolerance we should instead be celebrating. The police service is working hard to reduce the impact of hate crime by listening to victims and supporting the most vulnerable. It’s also vital that communities and partner agencies come together to challenge hatred wherever they see it.”

Hamilton concluded: “We strongly encourage anyone who thinks they may have experienced or witnessed hate crime to report it by calling 101, contacting Crimestoppers or using our True Vision Website.”

*The True Vision website and more information can be found at: http://www.report-it.org.uk/home

**The full set of Home Office publication on this matter is available online at: https://www.gov.uk/government/statistics/hate-crime-england-and-wales-2014-to-2015