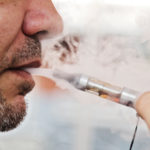 The Health Act 2006 prohibited smoking in enclosed public places and workplaces, on public transport and in vehicles used for work. The legislation was justified on conclusive scientific evidence that smokers put others around them at risk by exposing them to second-hand smoke. It’s doubtful anyone could have predicted one of the side-effects of this monumental change to our laws: the incredible growth of the e-cigarette market. Here, Lee James looks at the impact of e-cigarette use on fire detectors and observes the latest recommendations on avoiding false alarms caused by vaping.

Without doubt, e-cigarettes have become one of the fastest-growing industries in the world. Invented back in 2003, the modern e-cigarette is a newcomer, but from 2007 onwards, post-smoking ban, the e-cigarette/vaping industry started to truly emerge in the UK.

Now, the UK is the third biggest vape market in the world behind the USA and Japan. According to the latest statistics released by the Government this July, 3.2 million people use e-cigarettes – 6.3% of the population of Great Britain (that’s up from 3.7% in 2014). The figure is considerably higher for current smokers (up to 15%) and for ex-smokers. 35 to 49-year-olds are the largest user group, with males in the majority.

While e-cigarettes are a popular and effective means of quitting smoking and are 95% safer than ‘real’ smoking, they do bring with them safety issues that no-one was expecting, one of them being false alarms from fire detectors.

Today’s e-cigarettes feature a cartridge containing nicotine in a solution of either propylene glycol or glycerin and water. When someone uses the device as they would a normal cigarette, a sensor detects the air flow and starts a process to heat the liquid inside the cartridge so that it evaporates to form a considerable amount of water vapour. When a group of people vape at the same time indoors, the resulting water vapour can have the same effect as steam on smoke detectors, especially optical ones, resulting in a false alarm.

To explain the mechanics behind this issue, a false alarm (ie an alarm which has been generated by the fire detection system, but not in response to an actual fire) is caused by the infrared scattered light technology in the detector being unable to distinguish between smoke and larger size particles like steam and dust. Although vaping produces water vapour (ie tiny droplets of water) rather than steam (ie water in a gaseous state), the reaction from a traditional single optical sensor detector is often the same due to the similarity in size of both the particles.

As we’re all well aware, false alarms are one of the biggest issues faced by the fire industry and cost the UK in excess of £1 billion per annum. False alarms not only cause disruption for ongoing business activities, but also result in financial loss as the business has to deal with the alarm.

Moreover, they taint customer experiences which may have a negative effect on businesses in the long run. Hence, minimising the number of false alarms is a key priority for all concerned and has been for some time now. While a business must always comply with fire detection and alarm systems requirements, no-one should have to put up with the constant nuisance of false alarms.

Should vaping be banned indoors?

The aforementioned Health Act 2006 doesn’t cover vaping and organisations are free to make their own policies on the use of e-cigarettes on their premises. Workplace environments vary greatly, of course, and there’s no one-size-fits-all approach. What’s more, different organisations within the same sector frequently have completely different policies, and especially so in the leisure industry. Wetherspoons, for example, operates a complete ban, whereas many leaseholder pubs permit vaping indoors.

Businesses in the leisure sector, including bars, music venues and hotels, are particularly problematic as the customer demographic is more aligned with the main e-cigarette user age group (25 to 49-year-olds). Prior to the ban, these places were also heavily associated with smoking.

Leisure venues are understandably more reluctant to ban vaping indoors as it may negatively impact on the quality of experience that’s offered to their patrons. There has even been talk about it having a correlation with the large number of pub closures over the past few years (although this is a complex issue). 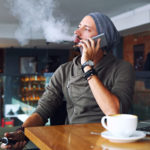 The 2018 Building Research Establishment (BRE) Briefing Paper entitled ‘The Performance of Multi-Sensors in Fire and False Alarm Tests’ backs up the use of optical heat multi-sensor detectors in preventing false alarms. The Briefing Paper reports on the testing of the full range of optical heat multi-sensor detectors available in the marketplace at that time – 35 in total – and estimates that, potentially, 38.1% of observed false alarms could have been reduced if multi-sensors had been present. However, a false alarm test covering synthetic smoke was not possible due to difficulties with developing a repeatable test.

What’s more, the BRE’s study demonstrated that, although delayed, in all cases alarms were given from non-combustion materials. The delay might allow for any transient false alarm sources to disappear before the fire threshold is reached, but it doesn’t entirely stop a false alarm in these instances.

Furthermore, to ensure this delay, some multi-sensor detectors have been configured (or can be configured by the installer) to be less sensitive. It’s a compromise that’s not always acceptable or ideal. 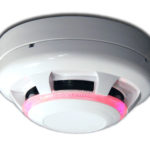 Dual optical detectors employ both the ‘traditional’ infrared light used in a single optical detector, plus blue LED light technology, to ‘view’ particles entering the alarm chamber. By calculating the ratio of these light sources, which operate at different wavelengths, the detector can determine the particle size and thus easily distinguish between smoke and non-combustion products. As steam and dust are much larger particles than smoke, the detector will not trigger a false alarm, but will still remain sensitive to combustion products in order to generate an alarm.

This technology is proven in the field. At Southampton’s small (but legendary) pub and music venue named The Frog & Frigate, customer vaping was leading to regular false alarms, causing disruption. Venue owner Derek Gardener commented: “We have a relaxed and fun vibe here and are happy for people to use e-cigarettes inside. However, it has led to the alarms activating, and especially so when people are vaping right underneath them. We cannot stop people from vaping underneath them and, equally, we didn’t want to ban vaping.”

This technology has now been taken a step further by incorporating dual optical technology into a multi-sensor with a heat sensor. The multi-sensor has the ability to reduce false alarms caused by vaping and other non-combustion sources without the need to lower the devices’ sensitivity to actual combustion products.

The technology has been further developed to make the detector more sensitive to flaming fires by shifting the alarm threshold level when the ratio of the two scattered light wavelengths indicate that the particle size present is similar to the smallest size defined as a smoke particle. 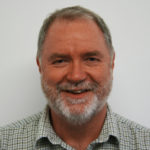 A study published in the British Journal of General Practice states that switching to vaping could save as many as 6,000 lives per million smokers every year. Public Health England recognises this and aims to secure a tobacco-free generation by 2025. It believes e-cigarettes could be contributing to at least 20,000 successful ‘quits’ of smoking every year. So e-cigarettes and vaping are certain to remain popular for, at the very least, the next decade.

Many organisations have banned vaping indoors, but those that do permit it need an effective method of preventing vaping from leading to false alarms. Standard multi-sensors were the go-to solution, but evidence is increasingly mounting against them when it comes to vaping. Modern times call for modern solutions. On that basis, companies should consider switching to dual optical alarms.