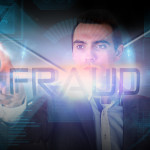 KPMG’s latest Fraud Barometer has found that the value of fraud rose by 22% in the first half of this year to reach a total of £385 million (the equivalent statistic for 2014 being £317 million*). With 160 cases, fraud volumes remained virtually identical to the first half of 2014, meaning that the average value of fraud has increased from £2 million to £2.4 million. This represents a 21% increase.

The data also shows a very marked increase in so-called ‘middle man’ fraud, which has risen by over 242% to hit a value of £99 million as criminals immerse themselves within the supply chain.

However, it’s those in positions of responsibility and management who have really driven the growth in fraud, accounting for over 68% of fraud by value in the first half of 2015 compared to only 22% last year.

The Fraud Barometer – which is designed to measure fraud cases with losses of £100,000 or more reaching the UK’s courts – also reveals an “explosion” of cases in which individuals, betraying the trust of those closest to them, have targeted their own relatives.

Fraud on families by one of their own grew by 384% compared to the same period last year. Elderly relatives have been some of the main victims. They’ve had £1.7 million stolen from them by younger members of the family.

The most common perpetrator of fraud within the family was the ‘baby boomer’ who, perhaps frustrated by the increasingly common wait to receive their inheritance, seemingly took matters into their own hands.

By value, 72% of familial fraud was committed by fraudsters aged over 45.

Hitesh Patel, UK forensic partner at KPMG, commented: “Fraudsters in the family are abusing their intimate knowledge and close connections to steal from partners and parents. People are living longer, and we’re now seeing examples of individuals who are choosing to remove uncertainties about when or if they will gain their inheritance by dint of using fraudulent means to obtain monies. It’s also likely these cases are just the tip of the iceberg. In reality, frauds of this nature often go unreported as embarrassed victims seek to ‘keep it in the family’ and ‘forgive and forget’.”

In one such case, a woman stole her father’s savings after being granted Power of Attorney, in turn leaving his care home bills unpaid. Another instance witnessed a man stealing £600,000 from his mother’s savings after realising he was not the main recipient in her will.

Continuing with this theme, KPMG notes that Power of Attorney registrations have more than doubled in the last four years, with almost 350,000 registered in the financial year ending April 2015 (up from 150,000 in 2011).**

March of the middle men

KPMG’s Fraud Barometer reveals a substantial rise in supply chain fraud as criminals pass themselves or their products and services off as genuine. 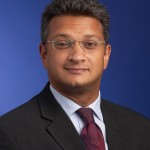 Customers were often unaware that they had been tricked by an imposter or that they had bought counterfeit goods.  This type of fraud accounted for £99 million in the first two quarters of 2015, duly representing an increase of £70 million on the same period last year.

In one case, the defendants are alleged to have set up fake Government websites to dupe people into handing over money for administrative services for which the end consumer did not in fact have to pay. The losses involved are thought to total £30 million.

“Criminals are immersing themselves into the supply chain,” explained Patel, “and unwitting buyers often genuinely do not realise they are dealing with an intermediary when they do not need to as a result of misrepresentation. This issue has been aggravated by the sheer volume of transactions conducted online. Criminals are inherently adaptable and have seamlessly moved with the times, altering the way in which they target victims to take advantage of the myriad advances in technology and anonymity afforded by digital commerce.”

KPMG’s Fraud Barometer outlines a surge in white collar crime, with those in a position of responsibility or management abusing their power to commit frauds totalling £262 million. The corresponding figure in 2014 was £72 million.

Such individuals included an MEP and the head of operations at the Royal Horticultural Society. In the latter case, the perpetrator stole £700,000 from his employer in the form of goods, services and cash over a number of years.

“These white collar fraudsters often shelter in the business’ inner sanctum and can quietly wreak substantial financial havoc before their actions are uncovered,” asserted Patel. “In the majority of cases, the fraudsters’ motivation is simply one of greed as they seek to subsidise their high octane lifestyle at the expense of their employer or clients. These are often crimes of opportunity, made possible and tempting in the upper echelons of a business if blind faith and trust are a proxy for controls.”

*KPMG’s Fraud Barometer is the longest-running survey of its kind in the UK with data spanning 28 years. It measures major fraud cases heard in the UK’s Crown Courts where charges are in excess of £100,000. The period measured for this latest Barometer is 1 January 2015 through to 30 June 2015

**Source: Office of the Public Guardian

In Support of the Armed Forces