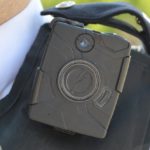 An extensive year-long study of almost 2,000 police officers operational across UK and US forces has shown that the introduction of wearable cameras led to a 93% drop in complaints made against the police by members of the public, in turn suggesting such cameras result in behavioural changes that ‘cool down’ potentially volatile encounters.

Body-worn cameras are fast becoming standard kit for front line law enforcers, being hailed by senior officers and even the US President Barack Obama as a technological ‘fix’ for what some see as a crisis of police legitimacy. Evidence of their effectiveness, however, has been somewhat limited in its scope.

Now, new results from one of the largest randomised-controlled experiments in the history of criminal justice research, actively led by the University of Cambridge’s Institute of Criminology, shows that the use by officers of body-worn cameras is associated with a startling 93% reduction in citizen complaints against the police.

Researchers say this may be down to wearable cameras modifying behaviour through an ‘observer effect’: the awareness that encounters are recorded improves both suspect demeanour and police procedural compliance. Essentially, the ‘digital witness’ of the camera encourages cooler heads to prevail.

The experiment took place across seven sites during 2014 and early 2015, including police from areas such as the Midlands here in the UK and on the Californian coast. It encompassed 1,429,868 officer hours across 4,264 shifts in jurisdictions that cover a total population of two million individuals. The findings have now been published in the Criminal Justice and Behaviour Journal.

The researchers write that, if levels of complaints offer at least some guide towards standards of police conduct (and, indeed, misconduct), these study findings would appear to suggest that the use of body-worn cameras marks a “profound sea change in modern policing”.

Dr Barak Ariel, University of Cambridge criminologist and the study’s lead author, said: “Cooling down potentially volatile police-public interactions to the point where official grievances against the police have virtually vanished may well lead to the conclusion that the use of body-worn cameras represents a turning point in policing. There can be no doubt that body-worn cameras increase the transparency of front line policing. Anything that has been recorded can be subsequently reviewed, scrutinised and submitted as evidence. Individual officers become more accountable, and modify their behaviour accordingly, while the more disingenuous complaints from the public fall by the wayside once footage is likely to reveal them as frivolous. The cameras create an equilibrium between the account of the officer and the account of the suspect about the same event. This increases accountability on both sides.”

However, Ariel cautions that one innovation, no matter how positive, is unlikely to provide a panacea for a deeply-rooted issue such as police legitimacy. Complaints against the police are costly, both financially and in terms of public trust, say the researchers. In the US, complaints can be hugely expensive, not least through multimillion-dollar lawsuits. In the UK last year, the Independent Police Complaints Commission reported a continuous rise in complaints across the majority of forces.

To conduct the extensive experiment, Ariel worked with colleagues from RAND Europe and six different police forces, including West Midlands, Cambridgeshire, the Police Service of Northern Ireland and Ventura in California. Each trial was managed by a local point of contact, either an officer or a civilian staff member – all of them graduates of the Cambridge University Police Executive Programme.

Every week for a year, the researchers randomly assigned each officer shift as either being with cameras (treatment) or without (control), with all officers experiencing both conditions.

Surprisingly, the difference between the treatment and control groups once the experiment began was not statistically significant, nor was the variation between the different sites. Yet the before/after difference caused by the overall experimental conditions across all forces was enormous.

While only around half of the police officers were wearing cameras at any one time, complaints against police officers right across all shifts in all participating forces almost disappeared.

Researchers say this may be an example of “contagious accountability”: with large-scale behavioural change – in officers, but also perhaps in members of the public – seeping into almost all interactions (even during camera-less control shifts), once the experiment had introduced camera protocols to participating forces.

“It may be that, by dint of repeated exposure to surveillance of the cameras, officers changed their reactive behaviour on the streets – changes that proved more effective and so stuck,” said the study report’s co-author Dr Alex Sutherland of RAND Europe. “With a complaints reduction of nearly 100% across the board, we find it difficult to consider alternatives, to be honest.”

Critically, researchers say these behaviour changes rely on cameras recording entire encounters, and officers issuing an early warning that the camera is on – reminding all parties that the ‘digital witness’ is in play right from the start, and duly triggering the observer effect.

In fact, results from the same experiment published earlier this year suggest that police use of force and assaults on officers actually increase if a camera is switched on in the middle of an interaction, as this can be taken as an escalation of the situation by both officer and suspect.

“The jolt of issuing a verbal reminder of filming at the start of an encounter pushes everyone towards thinking about their actions more consciously,” explained Dr Barak Ariel. “This might mean that officers begin encounters with more awareness of rules of conduct, and members of the public are less inclined to respond aggressively. We suspect that this is the ‘treatment’ that body-worn cameras provide, and the mechanism behind the dramatic reduction in complaints against police we’ve observed in our research.”

Support from the Police Federation

Che Donald, spokesperson for body-worn video and cameras at the Police Federation of England and Wales, explained to Risk UK that the Federation is very supportive of officers having access to body-worn cameras.

“Body-worn video is a vital tool for police officers that provides a valuable layer of both accountability and transparency,” urged Donald. “Body-worn cameras can assist police officers in their everyday duties, including the gathering of evidence. The footage offers an opportunity to show the professionalism, honesty and integrity of officers by offering a glimpse of activity in an open, transparent and accountable way.”

Donald said the new study’s results are both impressive and in line with comments from Federated ranks who stated that employing body-worn cameras and video is particularly opportune around frivolous or vexatious complaints.

According to a Welfare Survey conducted by the Police Federation earlier this year, just 18% of officers said they have regular access to body worn video, but a third more would like it (33%).

“Sadly, there are a lot of complaints made against police officers that are not always completely accurate,” continued Donald. “Our members work extremely hard, often coming face to face with difficult people during the course of their everyday duties. Body-worn cameras can often help to diffuse difficult situations. Such cameras are fantastic tools, but this isn’t the overall solution to solving problems with police complaints.”

Donald urged that body-worn video shouldn’t be viewed as a replacement for officer’s discretion and professional knowledge. “Officers need to continue to have discretion to deal with situations in a way which best benefits the public,” stressed Donald. “Video is designed to complement this, not to stop officers making discretionary calls because of fear they’ll then be in trouble.”

While it would be good for all police forces to have such equipment available to them, reductions in budgets continue to make this scenario somewhat difficult in the real world.

Zak Doffman, CEO at Digital Barriers, commented: “We welcome the roll-out of body-worn cameras and their role in dramatically reducing the number of complaints made against police officers. However, it should also be noted that the Cambridge University study found that assaults against officers actually increased by 15% when they were wearing a body-worn camera.”

Doffman added: “The current generation of body-worn cameras is useful for allocating liability and modifying public and staff behaviours. However, they do absolutely nothing to improve officer safety or enhance situational awareness. That requires the ability to stream the footage in real-time to a nearby colleague or Command and Control Centre. Members of the public can already stream live to the likes of Facebook and Periscope, so why are we equipping law enforcement with a ‘black box’ that’s already outdated?”

In conclusion, Doffman stated: “We’ve worked with intelligence, defence and law enforcement to develop a secure video transmission technology that uses 60% less bandwidth than standard technologies, making the addition of live streaming to a body-worn camera both technically and financially viable for police forces. The technology is called EdgeVis and has been widely deployed in every conceivable remote and hostile location from jungle borders to desert battlefields, as well as across major cities around the world.”

Edesix is set to supply firefighters in the West Midlands with body-worn cameras. Watch commander Gemma McSweeney stated that these cameras will help firefighters gather information to review their responses to incidents.

The body-worn cameras are now being rolled out after a successful trial at ten Birmingham Fire Stations earlier this year, during which a suspected gas explosion at a Birmingham home was filmed.

The West Midlands Fire and Rescue Service has announced that 80 Videobadges are to be introduced in early 2017.

Richie McBride, managing director of Edesix, told Risk UK: “The use of body-worn cameras for identifying Best Practice is fast becoming fundamental within the Emergency Services. We’re extremely pleased to be bringing such benefits to the West Midlands Fire Service, and will be supporting the roll-out of this very exciting solution deployment over the coming months.”