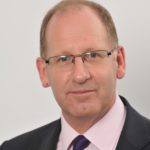 Given the escalating nature of the terrorist threat, is there a case to be made for bolstering the efforts of the police service with constant support on our streets from the military? As Phillip Wood astutely observes, perhaps we need to begin thinking a little more carefully about overall security and maybe shed our biases, interests and prejudices in order to become properly resilient as a nation.

During the absence of normality and when surrounded by confusion, fear and uncertainty, we human beings require something upon which to ‘anchor’ our thoughts and feelings. We need to see and feel comforting and familiar experiences and to be able to recognise the reliable ‘standbys’ that make us feel safe, happy and contented even if, in some cases, that safety and security is both illusory and unreal.

There have been many studies in just about every scientific subject area concerning the idea of familiarity bias, and the tendency – or otherwise – to identify and select a particular option or course of action for the straightforward reason that we’ve seen it before and would like to maintain the status quo. While on the surface that may help us to land on the safety net that we all need and crave, it would perhaps be of benefit to ‘bite the bullet’ once in a while and consider the unfamiliar or challenging as the way forward.

Our responses to terrorism have brought a particular challenge to our thinking, and to our need for thinking a little more laterally about what we need to do in order to protect ourselves. An example is in the Mayor of London’s recent commissioning of Lord Toby Harris to review the city’s security preparedness in the face of what we all know is now an extremely challenging terrorist threat.

In the information provided about that review and consultation, the scope is made clear: it’s not about improving London’s ability to respond to a terrorist attack, but rather about the response capabilities of its civilian Emergency Services (for clarity, the police service is encompassed within that definition).

On a personal note, I have nothing against – and make no criticism of – Lord Harris, nor of the idea behind the review, but for me the familiarity bias is clear.

This review is about the Metropolitan Police Service leading the response to terrorism, and is proposed on that basis. However, the dynamics of the emerged and emerging terrorist threat require us to think more broadly.

Beyond the world of the ‘Blue Light’ and Emergency Services response, we perhaps need to begin thinking a little more carefully and to shed our biases and, yes, interests and prejudices to become properly resilient. At this point, the civil liberties issues arise and the familiarity biases in our society start to become clear. The question is: ‘Do we consider the option of using the military to bolster and support the various UK police services in the face of the unprecedented and fluid threat from Islamist terrorism that now confronts us?’

For some of you reading this, the first response that will flash up in your minds will be ‘No!’ Then, you will perhaps go through the reasons why the military option shouldn’t be taken.

*Reason 1: ‘It will upset the public to see armed troops on the streets’. That’s a fair point, and I would agree that a fully combat-equipped soldier can be a fairly intimidating sight, but shouldn’t that be part of the whole idea? A fundamental principle of good security is deterrence, and trained troops at transport hubs, for example, will doubtless be a deterrent. As for upsetting members of the public, those who would be intimidated will probably be matched in number by the cohort who feel some reassurance. This didn’t appear to be an issue at the Rio Olympics in August.

*Reason 2: ‘It will be a bit like Northern Ireland’. I’m not sure about that. The targeting of troops in Ulster was about the perception that the British was an occupying force. In the event of deployments in response to Islamist terrorism, the onus will need to be on the protection of the public in places that will be targeted. That’s a different proposition entirely.

*Reason 3: ‘Troops are not as highly trained as police officers in the softer skills, the law and in the stringency of rules of engagement’. I wouldn’t be thoroughly convinced that, although this will be the case right now, this issue is insurmountable. Contrary to some misconceptions, military personnel are not exclusively trained to open fire indiscriminately, rough up detainees or ignore legal ramifications related to the rules of engagement. Of course, and notably so in the highly stressed combat context, there have been exceptions and failures. However, such failures are not confined to soldiers: they happen with police officers, too.

Those are some reasons – or excuses – for avoiding the chimera of military involvement in matters of civilian primacy, but the main issue behind all of this is that, for me, the adversaries we face don’t behave as criminals, but rather as combatants. ‘Ordinary’ criminals don’t arm themselves with explosives, assault rifles and bladed weapons and conduct asymmetric attacks on civilians and infrastructure. Terrorists and insurgents do that.

That makes the difference about demonstrating a willingness and capability to respond in an appropriate manner. This, in turn, makes it difficult to balance the need for a highly aggressive and proactive response, and all that this entails, with the requirement to maintain the familiarity with the police service that’s seen to be so important here in the UK.

Once a police service is seen to go down a paramilitary route, a barrier can appear between public and law enforcement – weapons, armour, helmets and masks do little for the image of the ‘British Bobby’. However, with a highly-trained, aggressive and vigilant soldier-type beside them, the issue of image becomes more a statement of readiness, high capability and deterrence.

All of which brings me neatly back to the situation we’re presently facing. Our adversaries are training – and are trained – to target law enforcement at civilian locations as well as the civilians themselves. This leads us all towards a world that’s unfamiliar to many. The potential for a benign environment rapidly becoming a malign and dangerous one appears to be increasing with the ongoing development of terrorist tactics and the clear success and impacts of those episodes across the globe.

The issue itself is of course problematic, as we need to understand that terrorists will break through at the point of attack and cause as much damage as possible before any form of interdiction can take place. That interdiction needs to be both effective and, potentially at least, as brutal as the attack itself. This requires a mindset and capability, possibly in significant numbers, that has yet to be witnessed on the UK’s mainland.

Of course, if we can prevent any of this from happening in the first place then that’s a great achievement and something to which we should aspire. However, it appears the consensus is that it’s simply a matter of time, and that a large ‘mass casualties’-style attack on crowded places is a major terrorist objective.

The capability to conduct such an attack has been proven, while the motivation of the would-be attackers is also quite clear.

Therefore, we need to consider our own objectives and capabilities, and the requirement to ensure that we have the capacity and intent to conduct a commensurate response operation. There’s no reason to believe that police services cannot and will not be able to meet these requirements more than adequately. However, there’s also no reason to believe that bolstering them with appropriately trained and equipped military personnel will present any distraction from capability, be any less effective or alienate the public.

Indeed, where there’s a requirement to demonstrate a commitment to protecting our population then the introduction of military support may even be welcomed by a significant proportion of that public.

Whichever way it works out, it’s not necessarily sensible to assume that, just because we’ve always done things in a particular way with a particular organisation, it stands to reason that we should continue to do so ad infinitum.

This is a serious problem that requires serious thought and certainly goes beyond any parochial preferences or views that one capability is preferable to the other without a full examination of all of the advantages and disadvantages, the pros and cons and also a comparison of capabilities in particular circumstances and in response to given threats.

As is so often the case with such issues, there are a great many uncertainties involved.