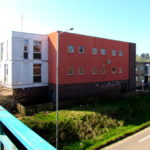 On Monday 2 December at Cwmbran Magistrates’ Court, Nicholas Seabrook of Cwmbran pleaded guilty to being an unlicensed security director and failing to provide information to the Security Industry Authority (SIA). Seabrook was bailed pending a financial investigation.

Seabrook broke the law as he was an unlicensed director of NPS Security Ltd between 6 August 2018 (when he started the company) and 13 July this year. During that time, he supplied security services to a number of pubs in South Wales including The White Hart, The Hole in the Wall (The Royal Exchange) in Brynmawr, The Carpenters Arms in Newport, The Ferns, The Wine Vaults and The Victoria.

The prosecution against Seabrook was brought by the SIA after information was provided by Gwent Police. The SIA sought information from Seabrook which he failed to provide. When interviewed, he admitted that he had been operating his business without a licence.

Nathan Salmon, one of the SIA’s criminal investigations managers, said: “The private security industry is regulated because Parliament has deemed that its operatives require licensing in order to protect the public. These regulations are not a barrier for new businesses and the industry continues to grow with new entrants. However, the licensing of operatives, as well as their managers and directors, remains a requirement to trade lawfully. Seabrook was aware he needed to be licensed. A Google search had told him so, yet he continued to trade without making his own licence application. This has now placed his business and assets at risk.”

Seabrook will be sentenced in the New Year.