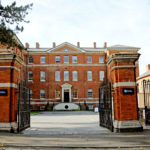 In line with the Surveillance Camera Commissioner’s Code of Practice, the University of Worcester has achieved third party certification through IQ Verify for its use of CCTV systems across the St John’s Campus and the City Campus in addition to other sites. Certification against the Commissioner’s scheme allows for organisations such as the University of Worcester to demonstrate that they’re using their dedicated CCTV surveillance systems in alignment with current Best Practice.

Mark Salt, director of IQ Verify*, said: “It’s important in today’s society that any monitoring of people is carried out in an acceptable manner. Achieving certification to the Surveillance Camera Commissioner’s Code of Practice demonstrates that the University of Worcester is ensuring it complies with all aspects of the Code of Practice and, indeed, current Best Practice developed for the security industry. This can only enhance students’ experiences while studying at the university and confirms that the university offers them a safer environment in which to engage with their learning.”

Thomas Taylor, assistant director for security and operations at the University of Worcester, explained: “The university adopts a proactive approach towards ensuring good student and community relations. We work very closely with the local community and local beat police officers, as well having two Police Community Support Officers based on site. In addition, we operate a very successful University Community Forum which has been running since 2003. This latest accreditation strengthens that work further and gives us the ability when necessary to deal with any incidents both swiftly and appropriately.”

The University of Worcester is a public research university and is the only university serving the English counties of Worcestershire and Herefordshire. With a history dating back to 1946, the university began awarding degrees in 1997 and was granted full university status in 2005.