Unexplained Wealth Orders: Not Just for the Super-Rich 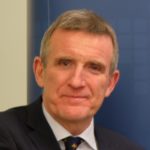 Mick Creedon, the former Chief Constable of Derbyshire Constabulary, believes the use of Unexplained Wealth Orders in the UK is to be welcomed. However, their real benefit will emerge when they’re used against low-level criminals who seriously damage local communities.

The ability to investigate and attack criminal finances in the UK was transformed through the 2002 Proceeds of Crime Act which created a set of powers specifically designed to deny and remove criminal capital. The measures involved included cash forfeiture, confiscation, taxation and civil recovery.

Since then, over £1 billion has been recovered through forfeiture and confiscation and far more denied by way of a range of powers, including those enshrined within the Proceeds of Crime Act. Nevertheless, across the country, police officers, other law enforcement partners and communities continue to witness individuals with clear and unexplained wealth. For those charged with investigating the criminal element, some of those individuals with lavish lifestyles, but no apparent or proven connection to crime, sit below the radar and remain largely unchallenged. They can become negative role models glamourising a life of crime in their local community.

As the national policing lead for organised crime, financial investigation and asset recovery for over a decade, I had long argued the case that the civil powers within the Proceeds of Crime Act were overly complicated and, at times, had been subject to ferocious legal challenge by the wealthy seeking to defend their assets. Civil powers were not being routinely used by law enforcement and hadn’t realised the impact intended in the legislation.

Need for a fresh approach

In liaison with the National Crime Agency, the Crown Prosecution Service and other agencies (including the Home Office), we identified the need for a fresh approach underpinned by a more streamlined method to challenge and successfully attack those with unexplained wealth. Home Office minister Ben Wallace is a champion of the Proceeds of Crime Act legislation and politically determined to lead the policy direction against the wealthy criminal. With his support, the legislation that’s now in place was framed and, hopefully, will become a mainstream tactic for policing and the law enforcement community.

The 2017 Criminal Finances Act introduced the concept of Unexplained Wealth Orders where the onus is on the individual to explain how they’ve accumulated their wealth. The evidential standard for those subject to investigation through an Unexplained Wealth Order is at the civil standard – the balance of probabilities – rather than the more widely used criminal standard of ‘beyond reasonable doubt’. Failure to properly explain to the court where the wealth has come from will result in the seizure of assets and ultimate forfeiture.

The first successful use of an Unexplained Wealth Order was the recent action against Zamira Hajiyeva, who owns property worth millions of pounds in London and South East England. Her husband Jahangir Hajiyeva is the former chairman of the International Bank of Azerbaijan. He’s currently in jail after being convicted for his part in a major fraud that saw tens of millions of pounds disappear from the bank. Zamira Hajiyeva has been asked to explain the source of her wealth, which has enabled expenditure including the purchase of a £15 million home in central London, a £10 million golf club in Berkshire and a Gulfstream jet aircraft worth £31 million.

The legislation relating to Unexplained Wealth Orders was introduced as an additional method to crack down on criminals attempting to launder money in the UK. In common with many other major cities, London has a problem with ‘dirty’ money. The National Crime Agency estimates that up to £90 billion is laundered through the UK every year. London is a particular target for criminals partly because of the strength of the London property market, and partly because of the size of the financial sector in London, with the huge volume of daily transactions used to mask suspicious activity.

While cases such as that of Zamira Hajiyeva will certainly make the headlines, the real benefit of Unexplained Wealth Orders is to enable police forces up and down the country to target the ‘ordinary’ local villain known by many in their community to sit below the radar and be resilient to standard investigative activity. This was one of the key aims of the legislation when it was first discussed six years ago. Where we see small -ime crooks or drug dealers causing real damage in their local area, there’s the now opportunity to go after them for their fancy car, their ‘bling’ and their big house.

Parliament recognised the importance of tackling this problem at a local level and accordingly, the Unexplained Wealth Order threshold was deliberately set relatively low at only £50,000 (which means that it’s ideal for targeting a wide range of criminals). Not only do these people commit serious crimes, usually on their doorstep, but they’re also pernicious role models, involving young people in drug dealing or other offences from an early age such that the vicious cycle continues in that community.

Five enforcement and investigation bodies – the National Crime Agency, Her Majesty’s Revenue & Customs, the Serious Fraud Office, the Financial Conduct Authority and the Crown Prosecution Service – were granted the power to freeze assets and require individuals to explain the origin of their wealth. Police forces with no direct access to these powers can consider referring a suitable case to an enforcement authority. Work is now in place between policing and the National Crime Agency to test the legislation at a much lower threshold and at the local level.

An Unexplained Wealth Order acts to stop criminals in their tracks using financial intelligence and financial investigation to attack the criminal through an alternative route, much in the same way that Al Capone was imprisoned for tax evasion. In conjunction with the Proceeds of Crime Act, this legislation has the potential to become a game-changer for police forces fighting crime in their communities.

Between April 2010 and December 2014, over £890 million was confiscated from offenders in the UK through the Proceeds of Crime Act. Unexplained Wealth Orders now provide another opportunity to remove criminal capital and send out the constant message that crime must not pay – nor must it be seen to pay.

Co-operation and partnership working is now crucial to investigate suspicious activity, compel criminals to divulge the source of their wealth and recover assets for the benefit of the nation. In addition, in an increasingly challenging environment of cyber crime and cryptocurrencies, we need to ensure police forces use all the means at their disposal to trace transactions and investigate flows of money between bank accounts and individuals. This will improve not just the global reputation of the UK, but will also make a real difference to the lives of many ordinary people.