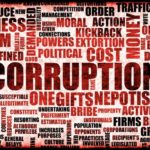 Domestic corruption risks in areas such as business, education, local Government and elections are neglected and poorly understood because officials focus on bribery overseas. This is the warning given by the Fraud Advisory Panel in its new report entitled ‘Hidden in Plain Sight: Domestic Corruption, Fraud and the Integrity Deficit’.

The 20-page report points out that crimes committed overseas grab all the headlines and resources, while data on domestic corruption are not collected systematically, let alone analysed. There’s no dedicated infrastructure or single agency in the UK responsible for taking the lead in policing domestic corruption.

“The neglect of domestic corruption risks sits uncomfortably with everything else we know about the epidemic of economic crime in the UK,” observed David Clarke, chairman of the Fraud Advisory Panel. “With most types of economic crime rampant, why would corruption be the exception? If UK companies commit bribery overseas, why would nothing similar occur at home? We add our voice to the growing chorus demanding a clear and positive commitment to ethical business, both at home and abroad.”

Clarke went on to state: “Corruption isn’t a single event or act. Rather, it’s a process whose ultimate objective is to create a culture in which it can become the ‘new normal’. Everywhere we look in Britain today we see signs that just such a culture is beginning to take root. We are failing in the fight against corruption and economic crime and we urgently need to get to the root cause. The question we need to be asking – and asking repeatedly – is ‘Why?’’’

There’s a growing chorus of voices demanding a clear and positive commitment to ethical business and the Fraud Advisory Panel certainly adds its voice to that chorus, while at the same time outlining a blueprint for action:

*A £1 billion reform of the country’s courts is underway. Greater transparency and openness of our courts and proceedings (including vastly easier access to court information and documents) should be at the very centre of the Government’s plans

*There’s a need a strong and structured approach to policing domestic corruption risks, starting with an easy-to-use central public reporting mechanism feeding a systematic approach to recording and analysing the data

*To improve the use of the Bribery Act in domestic and small-scale cases, there’s a need to improve police training and reduce the bureaucracy surrounding bribery case authorisations

*The UK’s continued failure to hold corporate executives to the same criminal standards as the rest of us should, according to the Fraud Advisory Panel, be a public scandal. Filling this gaping hole would also be a strong declaration of intent that Britain will be fair, ethical and tough on all economic wrongdoing. Government should bring forward firm plans to create a new offence of ‘failure to prevent economic crime’

*The widespread blurring of the boundaries between the public and private realms has left the traditional light-touch, principles-based approach towards managing conflicts of interest and the revolving door groaning under the strain. The Fraud Advisory Panel believes it’s time for a public consultation on a statutory framework