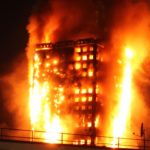 It has been two years since the start of the Grenfell Tower Inquiry, but no findings have yet been published, with the Fire Brigades Union (FBU) saying the Government has ‘utterly failed’ in not addressing fire safety concerns.

Matt Wrack, general secretary of the FBU, said: “Two years ago, families and communities were promised answers, but the call for justice remains unanswered from those in power. From the start, we’ve warned that the shape of this inquiry puts the firefighters who risked their lives on the stand and allows politicians and business interests, who did nothing to stop Grenfell Tower becoming a death trap, to avoid scrutiny.”

Wrack continued: “Nearly all of the fire safety issues, institutional failings and social factors that led to the tragedy have been left untouched, leaving communities across the country in dangerous conditions that could give rise to another Grenfell. The concerns that firefighters have been raising about public safety for many years have simply not been addressed.”

Commenting on Theresa May stepping down as Prime Minister and Boris Johnson taking over, Wrack observed: “The last Prime Minister’s Government utterly failed to deliver the necessary reform. With a replacement who showed a callous disregard for fire safety in his time as Mayor of London, we can have no confidence in justice being delivered, either by the Grenfell Tower Inquiry or by central Government.”

Machine Learning and The Future of Security Management