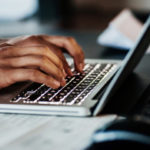 The Home Office is providing funding and support for a new project that will help to stop violent videos being shared online after terrorist attacks. The new funding, announced by Prime Minster Boris Johnson at the UN General Assembly in New York, will support efforts to develop industry-wide technology that can automatically identify online videos which have been altered to avoid existing detection methods and help prevent them from being shared online.

The announcement follows the Christchurch attack in New Zealand last March in which 51 people were killed and which saw hundreds of different versions of the attacker’s live-streamed video spread across online platforms, with Facebook removing over 1.5 million uploads of the video from its own platform.

Many of the videos had been intentionally edited to evade current content filters and, in some cases, it took days for them to be removed.

UK data science experts, supported by the Home Office, will use the new funding to create an algorithm which any technology company in the world can use, free of charge, to improve the way in which they detect violent and harmful videos and prevent them being shared by their users.

Not only will this make it much harder for terrorist content to be shared online, but the outcomes of the research could also eventually be used to help spot other types of harmful content such as child sexual abuse.

Home Secretary Priti Patel stated: “The sharing of images of terrorist attacks has a devastating effect on the families and loved ones of victims and plays into terrorists’ hands by amplifying their twisted messages. The UK has a track record of showing that state-of-the-art technology can be developed, in partnership with industry, at relatively low cost. This is just the latest example of our commitment to working with industry to tackle our shared challenges and respond to the ever-evolving threats which we face.”

The announcement further demonstrates the UK’s role as a world leader in online safety as it continues to build on the shared commitments to work with industry in the fight against terrorism online which were made at the Home Secretary-hosted Five Country Ministerial meeting in London earlier this year.

This announcement also honours the commitments made in the Christchurch ‘Call to Action’ to tackle terrorist use of the Internet, which world leaders signed up to at a summit in Paris back in May.