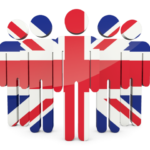 Security sector Trade Association ADS Group has published detailed annual data in its latest Outlook Report showing that export growth for the UK’s security industry is into double-digits, up by 18% on the previous year and generating somewhere in the region of £4 billion for the economy.

The document shows that Europe, North America and the Middle East are the leading markets for export opportunities. In the list of Top 20 exports (excluding cyber), access control systems, communications and intruder alarm systems hold the top three positions by sales, while 60% of companies anticipate export growth of more than 10% going forward.

According to the ADS Group, this growth is a clear indication that UK companies are developing an international reputation for agility and innovation, and at the same time are also becoming increasingly relied upon to provide strong protection for people and businesses.

With 44% of the industry’s turnover coming from exports, remaining competitive is vital for companies wishing to win business in tough international markets. 71% of companies surveyed for this Outlook Report identified exports as a key driver for growth, citing North America, the Middle East and Latin America as key regions of focus.

Close collaboration with the Home Office and the Department for Transport has opened up major opportunities for companies specialising in cyber, border and aviation security in particular.

Meanwhile, the Department for International Trade’s Defence and Security Organisation continues to provide support for those UK companies actively looking to grow their share of global market opportunities.

Boost to the economy

Paul Everitt, CEO of the ADS Group, commented: “The UK’s security industry is delivering public safety at home and it’s in increasing demand abroad. Industry exports grew by 18% to £4 billion in the last year, providing a real boost to the economy. The UK’s skills and expertise developed through delivering major international events and densely- trafficked transport systems are in high demand around the world, while the UK’s security industry saw total employment increase by 5% to more than 121,000 high-value jobs.”

The data shows growth across a number of other areas with employment, wages and turnover all up, in turn demonstrating that, year-on-year, the important role of security as a major contributor to UK prosperity and security is increasing. Annual turnover has risen by 5% to £9.1 billion. Annual earnings have also escalated by £4,100 to £40,200, which is almost double the national average.

Looking ahead, 70% of those questioned said they would be increasing investment over the coming year, with the priority for most companies being design and engineering followed by sales and business development.

The figures show that, across the industry, 18,000 jobs were focused on R&D, design and engineering, with 45% of companies employing apprentices or trainees to bolster their operations.