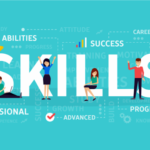 The number of skilled workers from overseas applying to enter the UK’s private sector has fallen by 9% since the Brexit vote, raising fears over an increasingly severe talent shortage after the UK leaves the EU. Figures from UK Visas and Immigration show that over 4,000 less applications for Skilled Worker Visas were made by non-EU workers seeking to work in the UK’s private sector in 2018-2019, dropping to 44,300 from 48,600 in 2015-2016 (the year of the EU Referendum).

EU citizens are currently free to work in the UK without a visa, giving UK businesses access to a large pool of talent from across the continent.

With the UK having left the EU and a short transition period expected, there’s a risk that skilled worker migration from the European continent could fall further, in turn creating potential challenges for some key UK industries.

Although the direct impact of Brexit could be considered a major factor, there are also concerns over the indirect effects, such as suggestions that the weak pound has led to more skilled workers looking to competing economies for employment.

Stuart Lisle, senior tax partner at BDO LLP, commented: “There is already a skills shortage in several key industries like technology and manufacturing. It’s now vitally important that British businesses are still able to bring in talented workers from overseas where necessary once our exit from the EU is completed. We want to see the Government prioritise the needs of UK businesses and create a worker visa system that attracts the best talent with economically-relevant skills.”

Access to talented programmers from overseas has been one of the main drivers of growth in the UK’s fintech industry in recent years. This access to foreign talent has allowed London to take a leading position in fintech and helped businesses in the sector overcome a shortage of skilled British workers.

Manufacturing has also seen the number of skilled workers applying to enter from outside the EU fall 14% since the Brexit vote, from 2,610 in 2015-2016 to 2,258 in 2018-2019. The British Chambers of Commerce reported last year that 81% of manufacturers said they had difficulties finding staff.

Lisle observed: “Being able to out-compete rival economies for talent is one of the reasons the UK has become a global fintech hub in the last decade. If we want to take a similar position in areas like Artificial Intelligence, automated vehicles or advanced manufacturing, it’s vital that the Government makes sure the UK retains its ability to attract the world’s best after the EU transition period ends.”

It’s more important than ever that the UK creates its own home-grown work force with the right skills and talents for the industries of the future.

According to BDO, STEM subjects need to be brought to the fore and new innovative ways of attracting school children and college students into these subjects and, ultimately, these careers must be found. Business has a key role to play to play in this.

Lisle explained: “The pipeline of talent for UK business is a fundamentally important need for British business. Businesses should take an active role in working with the education sector to engage with students and unlock the talent that we have to deliver sustainable economic success. Providing mentoring programmes and working with schools to deliver better careers advice are easy wins to engage students in the right subjects and sectors.”

BDO’s ‘New Economy’ report outlines the difficulties businesses face in bridging the skills gap and suggests three policy changes the Government should consider to help businesses attract the talent they need. These are to:

*improve the UK’s apprenticeship system to focus on quality of outcomes, not just volume