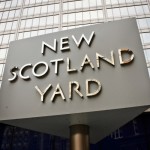 Monday 23 November sees police forces launching the second National Counter-Terrorism Awareness Week (#CounterTerrorismUK), an initiative specifically designed to remind members of the public that they have a crucial role to play when it comes to helping both prevent and protect the UK from the threat of terrorism.

The horrifying events in Paris earlier this month have brought into sharp focus the type and scale of threat posed by international terrorism. This means that, in order to counter the threat, the relationship between the police service and the public needs to be stronger now than at any time in days gone by.

The threat level to the UK from international terrorism remains ‘Severe’, which means an attack of some kind on the UK mainland is ‘Highly likely’. The UK has been operating at this threat level since August 2014. Given the terrible events that transpired in Paris on Friday 13 November, it’s vitally important that all communities “remain alert but not alarmed”.

In essence, then, National Counter-Terrorism Awareness Week is a campaign from the police service and its myriad law enforcement partners informing the public about the terrorism threat, what’s being done to tackle it and how communities can help the police service. It also offers practical advice about how to stay safe and be vigilant towards the threat from terrorism whether in the business arena, at home or operating in the online space.

Each day this week, the police service will be focusing on a different aspect of counter-terrorism and terrorist threats from attack planning, protecting businesses and crowded places through to how to combat cyber attacks and deal with online extremism/attempts at radicalisation.

Tomorrow (Tuesday 24 November), for example, the focus will be on public vigilance to help report terrorist activity – both online and offline – with explanations around what to look out for and how members of the public can contact the police if they have concerns or some information about suspicious behaviour or activity.

Advice will be given to members of the public on the various ways that they can help, be it through reporting suspicious activity on the Anti-Terrorist Hotline (more of which anon), flagging up an extremist website or communicating with the right support services if they’re concerned about a loved-one potentially becoming radicalised.

Wednesday will see the conversation move towards how businesses and industry can be best prepared against the online threat posed by cyber terrorism. On Thursday, education and information efforts will concentrate on the dangers of online radicalisation and how to safeguard those who may be vulnerable.

At the end of the week, in advance of one of the busiest shopping weekends of the year (with Black Friday taking place on 27 November), useful information will be highlighted that explains how to keep popular digital gift items safe from unwanted external influences.

Level of the threat posed

The ‘Severe’ level of terrorist threat is complex and ranges from lone actors intent on carrying out crude and violent attacks to sophisticated networks pursuing ambitious and co-ordinated plots, with the latter so starkly demonstrated in France and other parts of the world in very recent times.

This increased level of activity is matched by enhanced action from the police and the Security Service and the Secret Intelligence Service (MI5 and MI6 respectively) who are working on “hundreds” of active investigations, with the police making an average of one arrest every day in relation to counter-terrorism issues.

A message put forward this morning by the National Counter-Terrorism Security Office reads: “We urge members of the public to be alert towards, but not alarmed by the threat, and reassure them that the police service carries out daily activities to help maintain the protection and security of our citizens, public institutions, Critical National Infrastructure, businesses and places, including those who are potential terrorist targets.”

The statement continues: “Our security measures and activities are constantly reviewed in order to reflect where the threats exist and the level of threat we’re facing. This week affords us an opportunity to remind local communities about this threat and what we in the police service are doing to tackle it, as well as providing information to help members of the public take the necessary steps they can to ensure their safety at all times.”

Speaking about National Counter-Terrorism Security Awareness Week 2015, Deputy Assistant Commissioner Neil Basu from the UK Counter-Terrorism Policing Network said: “I cannot overstate the importance of the role that the public plays in helping to protect the UK against the threat from terrorism. Since the threat level in the UK was raised to ‘Severe’ last year, policing activity has increased accordingly in terms of the number of arrests we’re making and investigations that we’re carrying out. Just as importantly, we’re now receiving more calls and more information from the public which is absolutely vital to us.”

Basu went on to state: “While recent events in Paris were both sickening and horrific, people should not feel powerless. There’s still much that can be done by members of the public, as neighbours, as employees and even as parents to keep an eye out for the unusual and let us know about it.”

He continued: “I would also say make sure you know where you can gain information from the police in a crisis scenario, whether it’s through social media or more traditional ways like and TV. I would urge the public not to be concerned about things they’re unable to control, but rather focus instead on what they can do that will make a difference. Be vigilant. You could be the person who spots something odd or unusual and prevents an attack.”

In conclusion, Basu explained: “Communities defeat terrorism, which is exactly why the police service’s relationship with the public is so important and needs to be stronger than ever before. The police service depends on the public to be our ‘eyes and ears’. We need everyone to be vigilant and to report any suspicious behaviour or activity to the confidential Anti-Terrorist Hotline. The telephone number is 0800 789 321. In an emergency, dial 999.”

Specialist counter-terrorism police officers and counter-terrorism experts will also be carrying out a series of web chats during the week on the @PoliceChiefs Twitter account to give advice and answer questions on:

*how to protect your computer and hardware equipment from malicious intrusion

Information, advice and guidance documents will be published daily on the NaCTSO website while police forces across the country will be using social media accounts to share this content and engage in conversations with the public using the hashtag #CounterTerrorismUK

Counter-terrorism security advisors across the country are going to be working with businesses and organisations, briefing staff and security managers on how they can protect their premises, staff and IT systems from attacks.

*Visit the National Counter Terrorism Security Office (NaCTSO) website at: www.gov.uk/nactso today and every day this week for information around how to stay safe and how to be vigilant against the threat from terrorism. Follow @Policechiefs on Twitter (https://twitter.com/PoliceChiefs)

What to do if you notice activity that may be suspicious

You may feel it’s probably nothing, but unless you trust to your instincts and talk to the police, they will not be able to judge whether the information you have to hand is important or not.

Specially-trained counter-terroris officers would rather take lots of calls which are made in good faith, but have innocent explanations as opposed to receiving none at all. All information passed to the police is treated in the strictest of confidence. It’s thoroughly analysed and researched by experienced officers before, and if, any police action is subsequently taken.

Remember, no piece of information is considered too small or insignificant.

It’s probably nothing but… If you see or hear anything that could be terrorist-related trust to your instincts and call the Anti-Terrorist Hotline on 0800 789 321. In an emergency, always dial 999.