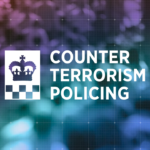 Counter-Terrorism Policing’s senior national co-ordinator has warned the UK still faces an ‘unprecedented’ level of threat, despite arrest numbers falling in the previous 12 months. The Home Office’s quarterly release of statistics relating to the police’s use of powers under the Terrorism Act 2000 has revealed that the total number of counter-terrorism related arrests fell to 268 in the year to March 2019. That’s a fall of 40% on the previous year.

Deputy Assistant Commissioner Dean Haydon believes this is partly due to a relatively large number of arrests in the previous reporting year in the wake of the terrorist attacks in London and Manchester. He said: “We are seeing the number of terrorism-related arrests gradually return to the levels we experienced before 2017’s spike in activity caused the total to dramatically increase. However, the total of 268 arrests in the year to March 2019 is still one of the largest we’ve seen since we began to record this data in 2001.”

Of the 268 arrests, 90 (34%) resulted in a charge, of which 70 were charged with terrorism-related offences. Of those 70, 32 had been convicted, with a total of 34 people still awaiting prosecution.

While the last 12 months has seen a gradual reductions in arrests and convictions, Haydon has warned that the number of investigations remains at an all-time high.

He added: “When we examine that figure of 268 arrests alongside the fact that Counter-Terrorism Policing and the UK’s intelligence services have foiled 19 attack plots since March 2017, and that we’re currently running nearly 800 live investigations, it clearly shows that the UK is still facing an unprecedented level of threat from terrorism.”

Haydon concluded: “That step-change in terrorist activity is matched by the efforts of the police and the security services to keep members of the public safe, but I would like to remind the public that their vigilance is also vital to help us in that mission.”

Brexit and Business Crime: What Next?