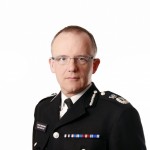 In light of the terror attacks in Paris, the UK’s police service has subsequently been reviewing its overall security posture. As a result, Metropolitan Police Service Assistant Commissioner Mark Rowley – the National Policing Lead for Counter-Terrorism – has now issued a detailed update.

“The UK has been at a heightened level of threat from international terrorism for some years now,” said Rowley. “Over the last few months, we have seen attacks in a number of countries including France, Australia, Canada and Belgium. From our own perspective, we have been working with security services to investigate a variety of threats and disrupt a number of different plots to undertake attacks in the UK.”

In 2014, there were 327 arrests made for suspected terrorism-related offences. That statistic represents a 32% increase compared to the previous year.

“Last summer,” asserted Rowley, “the UK’s national threat level was raised to ‘Severe’. This means a terrorist attack here is highly likely. At that time we took a number of additional steps to protect communities and members of the public. These included, but were by no means limited to additional armed patrols and more visible policing. We also held a counter-terrorism awareness week before Christmas alerting members of the public to the need for greater vigilance. In addition, we offered specific advice where necessary.

Now, in light of the attacks in Paris, Rowley and his police service colleagues have been reviewing (alongside partner organisations) the overall security posture to be adopted.

“This is a further step in a process nurtured over a number of years when it comes to learning lessons from such events. For example, since the attack in Mumbai in 2008, we’ve enhanced our ability to respond effectively to a marauding terrorist attack by expanding our specialist firearms capability and improving the effectiveness of the response and joint working of all the Emergency Services. More generally, we have continued to refine our plans and enhance our capabilities for responding to a terrorist threat which has evolved and diversified.

The global picture of terrorist activity does give heightened concern about the risk to the Jewish community in the UK. “We are seeing continuing anti-Semitic rhetoric from extremists and attacks on this community in France and elsewhere,” stated Rowley. “In addition to our existing security measures, we’re in dialogue with Jewish community leaders about further actions that we will be taking, including more police patrols in key areas.

“We remain alert to the vulnerabilities of other communities. Where we do have particular concerns, we make these known to those involved. For example, we continue to be alive to those who want to exploit the current situation and create fear in the Muslim communities. We work closely with those communities and we offer our protection and reassurances to them.”

Assistant Commissioner Rowley continued: “We’re also considering what further measures we might put in place to enhance the security of police officers given some of the deliberate targeting of the police we have seen of late in a number of countries across Europe and the world. Chief constables across the country are reviewing how to strengthen the protection of their officers from such attacks. Our men and women on the front line are used to confronting risk and danger and are well-trained in how to protect both members of the public and themselves.”

The Metropolitan Police Service has reviewed the measures it takes in London to protect the safety of Met officers and the public, a process that has been going on since the change to the UK threat level and heightened concern about the risks facing police officers.

“We want to set out some of what this has included in response to some inaccurate reporting in the media. We do not discuss the details of our security response, but actions taken already include providing security advice to officers and staff, measures around police buildings, changing risk assessments that affect how we deploy to certain incidents and bolstering levels of specialist support.

“Instead, senior officers across London have reviewed and will continue to review procedures as part of our established risk assessment process. This will also take into account the risks to public safety to ensure that any changes to our approach to patrolling, or responding to calls, recognises the potential risks to all communities.

Rowley went on to state: “Our officers always face a range of threats when they undertake their work, not just from terrorism but also from those who use violence to further criminality. They are trained and experienced in assessing risk and maximising the safety of the public and colleagues. Our experience of policing London and the UK tells us that our key focus should be on how to prevent attacks. The best way to do this is to engage even more widely with our communities to encourage them to pass on information about individuals who may be behaving in an unusual way or anything they have seen that might give rise for concern.”

Rowley is in no doubt that the ongoing fight against violent extremism relies upon the active support of all communities to look out for one another in their neighbourhoods and continue to demonstrate a show of resolve that will eventually help to defy the “poisonous ideology” of extremists and deny them opportunities to harm communities.

“We have been pleased and encouraged by the way in which the public has responded to appeals to report their concerns or suspicious activity,” explained Rowley. “The number of calls to the anti-terrorist and other hotlines has increased significantly over the last few months. Undoubtedly, this has made an important contribution towards keeping the public safe.”

Show of respect for the police officers who died in Paris

Referencing the recent atrocities in Europe, ACPO and the Police Federation asked all police services to hold ceremonies and show their respect for the victims of the Paris terrorist attacks, including those police officers who sadly died. Ceremonies took place 24 hours after the attacks happened.

Speaking ahead of those remembrance events, ACPO Vice-President Sir Peter Fahy said: “All members of the British police forces are shocked at the savagery of this attack. In any democratic society it’s the role of the police service to protect basic Human Rights. Our French colleagues died protecting free speech. They knew the risks they were facing in carrying out their duties and clearly showed great bravery in trying to prevent the terrorists from murdering others. We stand in solidarity and express our great sympathy for their families and friends.”

Fahy added: “We have to stand together against this threat. We cannot be naive or complacent about how extremist ideologies seek to justify this complete disrespect for human life and for the values which ensure the freedom and welfare of all citizens. We need the continued co-operation and support of the public to meet and challenge this threat. Rest assured that all members of British policing will be even more determined to face up to that very threat.”