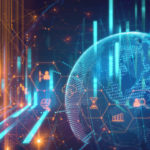 80% of UK CEOs are concerned about the risk of cyber threats to their business, making it the issue they are most worried about above skills (79%) and the speed of technological change (75%). Just under half of UK CEOs (48.4%) have taken some action regarding their own personal digital behaviour, including deleting social media or virtual assistant apps or requesting a company to delete their data.

CEOs have expressed high levels of concern regarding the increasing sophistication of cyber attacks, as almost half have taken action to personally protect themselves from malicious actors by deleting social media apps.

The findings, from PwC’s survey of almost 1,600 CEOs from 83 countries across the world, show that the issues shaping UK CEOs’ cyber security strategies include growing public concern over data privacy (57%), data privacy regulations (57%), vulnerabilities in supply chains (41%) and the shortage of cyber security talent (27%).

The results form part of PwC’s 23rd Annual CEO Survey, which was launched last week at the Annual Meeting of the World Economic Forum in Davos, Switzerland.

Richard Horne, cyber security chair at PwC UK, said: “It’s clear that cyber crime continues to grow as an issue for CEOs around the world, meaning that for many, the threat to their margins, their brands and even their continued existence from cyber attacks is no longer an abstract risk that can be ignored.”

Horne continued: “Criminals are becoming more adept at monetising their breaches, with a sharp rise in ransomware attacks this last year. They can have a devastating impact on the organisations they hit, as has been seen in many high-profile cases.”

In conclusion, Horne stated: “To counterbalance this, CEOs need to focus on how their business is configured, with the ability to be resilient to cyber attacks becoming a core requirement. Cyber security can no longer be seen as a ‘bolt on’, but rather something to be designed into the business and IT architecture.”