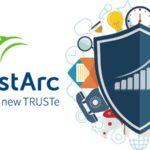 TrustArc has unveiled the findings of an online study conducted by Ipsos MORI, the global research and consulting firm, on behalf of the data privacy management business. The survey polled individuals aged 16-75 in the UK about a number of issues surrounding the EU’s General Data Protection Regulation (GDPR) one year on from 25 May 2018 when it came into effect.

More than one third (36%) of adults aged 16-75 trust companies and organisations with their personal data more than they did prior to the GDPR. There are positive sentiments towards enforcement activity. Half (47%) of respondents have exercised some of their GDPR privacy rights. 57% are more likely to use websites that have a certification mark or seal to demonstrate GDPR compliance.

“The research tells a tale of two reactions regarding the impact of the GDPR on consumer privacy attitudes,” explained Chris Babel, CEO at TrustArc. “On a positive note, more than one third of the respondents we questioned trust companies and organisations with their personal data more since the GDPR came into effect a year ago, while there’s also favourable feedback on enforcement efforts. However, companies shouldn’t interpret this to mean that their work is complete. Providing more transparent ways in which to demonstrate GDPR compliance and ensuring they respond to privacy rights requests in a timely manner will go a long way towards further improving consumer trust and increasing website use and online purchasing.”

Trusting companies with personal data is increasing
36% of respondents trust companies and organisations with their personal data more since the GDPR came into effect one year ago (rising to 44% among 16 to 24-year-olds and 41% among 25-34 year olds). Only one-third or less of those aged 35-44, 45-54 and 55-75 report being more trusting. Women, at 38%, expressed more trust in companies and organisations than men at 33%

Understanding GDPR compliance is challenging
25% of respondents are confident they can tell if a company or organisation is GDPR compliant versus 33% who are not confident. There were some differences based on geographic location, though, with respondents in Northern Ireland indicating confidence to the tune of 33%, which was significantly higher than those in Wales at 17%

*Opting out of/unsubscribing to e-mail marketing = 35%

*Restricting use of personal data = 13%

*To request to transfer personal data = 3%

Brexit: A Time to Export?